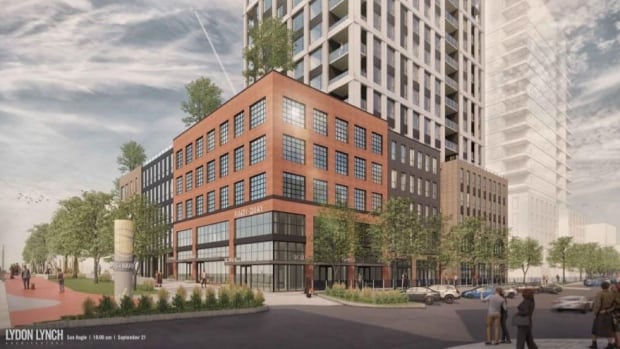 The zoning changes were passed on first and second readings at Monday night’s city council meeting without any objections from the public. Construction of the building is expected to begin this summer.

The three levels of government have pledged a total of $ 24 million to support the construction of the multi-building project over the next 10 years. The site is expected to include recreational spaces and parking, as well as commercial and residential apartments.

The plan calls for the first building to have 16 floors on 35 Water Street. Before we could move forward, there had to be zoning changes for setbacks and a height limit, said Chris Elias, who works with developer Fundy Harbor Group.

The first building will be located in the southeast corner of the site, with retail space on the ground floor and the remaining 15 floors being residential, Elias said.

“We are very excited about the work done by our architects,” said Elias.

The developer had to perform wind and shade studies to ensure the impact on properties and surrounding people is known, Elias said.

At Monday night’s council meeting, town planner Mark Reid said the old Canadian Coast Guard building had been demolished and the site had been used as a parking lot.

Reid said the wind study found the building would reduce wind levels at the water’s edge and eliminate existing “wind tunnel” issues at the King Street base. He said this will also create increases in wind in the waterfront portion of Loyalist Plaza.

The shadow study found that Loyalist Plaza and Water Street would be most affected by the shadow cast by the building during the winter months.

Elias said the Halifax-based architects have worked on several projects on the Halifax waterfront and are using that experience to design this project.

“They also did a good job being very sensitive to the context of Saint John itself using materials on the catwalk that really match the streetscape on the other side,” said Elias. “He feels very integrated with the rest of Saint John.