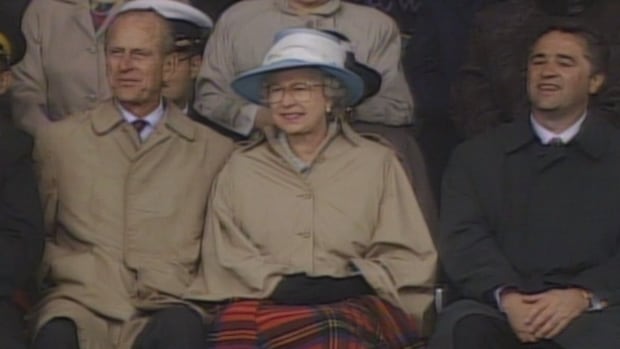 After the death of Queen Elizabeth, some Native people in NL. reflect on his legacy

After Queen Elizabeth’s death, Indigenous peoples and community leaders in Newfoundland and Labrador are reflecting on her legacy and how — or if — the monarchy plays a role in reconciliation.

Miawpukek Chief Mi’sel Joe recalls Queen Elizabeth II’s ascent to the throne. He was sitting on the beach watching his father and other men repair a boat while discussing the new monarch. He had no idea he would meet her later.

“That memory has stayed with me all these years,” he said.

Joe met Queen Elizabeth when she visited Newfoundland and Labrador in 1997, then met her son, who became King Charles, when he visited St. John’s in May.

“I told him I was born when it was a British colony, and he said, ‘I hope you were treated well back then,'” Joe said. “You know, I didn’t have time to answer that.”

Indigenous reconciliation was at the center of the 2022 royal tour, with Charles acknowledging – but not apologizing – for residential schools in Canada.

Joe said he counts on the provincial and federal governments – not the royal family – to commit to truth and reconciliation.

“If there is a change [that] comes to us as aboriginals of this province, it will come directly from the government of the day,” he said.

“Every death is painful”

Sheshatshiu Chief Eugene Hart said he would like to see the Royal Family work more with Indigenous communities and First Nations. As for the queen’s inheritance, there was no definitive answer.

“I really don’t know, to be honest with you, what the legacy was there,” he said.

While in Sheshatshiu in 1997, community leaders presented the Queen with a letter condemning colonization and its impacts.

Xavier Penashue, a resident of Sheshatshiu, said he was shocked to learn of the Queen’s passing.

“Every death is painful,” he said.

He also believes the royal family can play a role in reconciliation.

“They can start with, I guess, warning governments to help…indigenous people,” he said.

The region will promote Attica wines in the United States, Canada and Japan