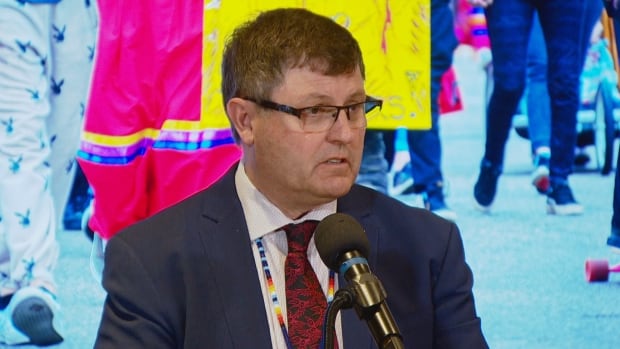 The Alberta government is establishing a new council to advise the government on steps it can take to end violence against Indigenous, LGBTQ, Two-Spirit and other gender-diverse women.

The 12-member Premier’s Council on Missing and Murdered Indigenous Women and Girls will serve for a five-year term.

The action is one of 113 recommendations in a recently released report by Alberta’s Joint Task Force on Missing and Murdered Indigenous Women and Girls.

The task force of Indigenous leaders and UCP MPs was appointed by Indigenous Relations Minister Rick Wilson in March 2020 to make Alberta-specific recommendations to end the violence.

The group’s report was submitted to the government in December 2021. It was released Friday at a press conference at Enoch Cree Nation west of Edmonton.

Rachelle Venne, co-chair of the joint task force, said she hopes the province takes the recommendations to heart.

“I hope the work we have done as the joint Alberta task force will be part of the work moving forward,” she said.

Wilson said the government intends to listen to the recommendations.

“We will keep moving forward,” he said. “It’s not something that’s going to be pushed aside.”

Wilson was unable to provide a timeline or budget for implementation because the work will require effort from many different departments.

The province is currently looking for suitable candidates to serve on the 12-person board, but Wilson could not say when it would begin work.

The report recommends that the board be made up of 75% Indigenous women, girls, Two-Spirit people, survivors, families and service providers. Heads of provincial ministries would make up the remaining 25%.

Wilson is already facing criticism that the province is doing too little. The Calgary-based Reconciliation Action Group released a statement on Friday condemning the federal government for failing to act on the report of the National Inquiry into Missing and Murdered Indigenous Women and Girls, released three years ago.

“As the province is set to release its action plan this Friday to mark the occasion, it is unlikely to contain meaningful, timely and fully funded actions,” the group said in a written statement. .

Richard Feehan, the NDP’s Indigenous relations critic, said he doubts the government will take action given that it took Wilson six months to release the task force report.

“The steps announced today are important, but immediate and transparent action must be taken to implement these vital recommendations to advance the cause of reconciliation,” he said in a press release.

The report grouped the 113 recommendations into categories such as health, housing addictions and mental health treatment, corrections, child welfare and the education system.

For example, the report calls on the province to expand correctional facilities for Indigenous women and Two-Spirit people, add courses on violence and human trafficking to the school curriculum, and create an emergency shelter for Indigenous women. in Edmonton.

Other recommendations include adding at least one Indigenous person to the death review committee, creating a secretariat made up of at least half Indigenous members to oversee Alberta’s efforts in the fight against against human trafficking and increased income support so that vulnerable Aboriginal women and two-spirited people can receive basic support. living income.