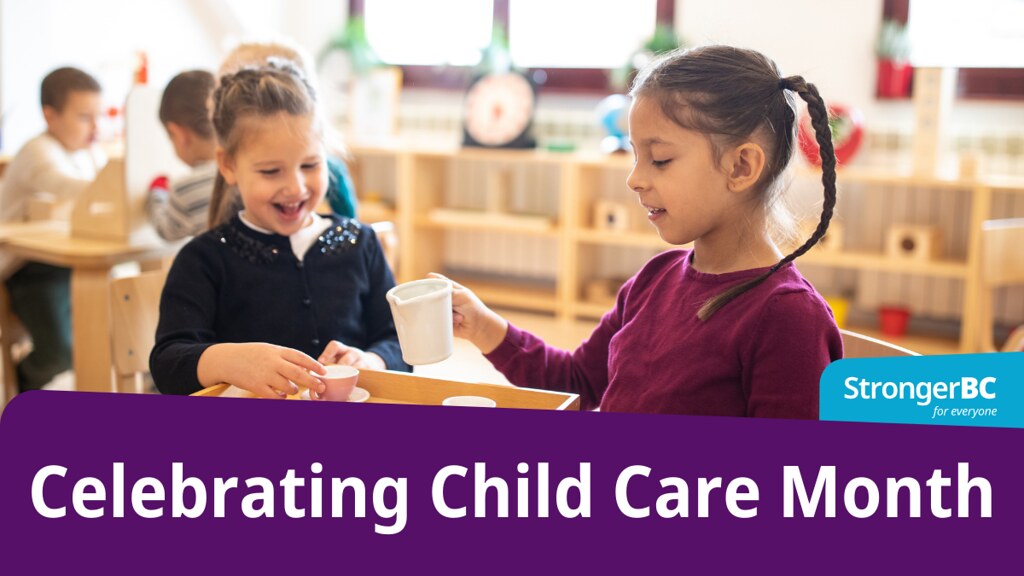 British Columbia has surpassed 30,500 new child care spaces funded since ChildCareBC launched in 2018, giving parents greater ability to pursue education, schooling and other opportunities while knowing their children are supported.

“Funding more than 30,500 new licensed child care spaces is a real cause for celebration and is made possible by the providers and organizations that have come together to apply for New Spaces funding,” said Katrina Chen, Minister of State at Childcare. “Funding more spaces is good for families, for communities and for the economy, because it means more parents will be able to pursue their careers, return to school and be active in their communities, knowing that their children are well cared for. We ensure that childcare is no longer a luxury but an essential service for everyone.

Provincial funding of $84 million and more than $35 million in federal funding from the Pan-Canadian Early Learning and Child Care Agreement between Canada and British Columbia is supporting 77 child care sites in British Columbia to create 3,587 new licensed child care spaces in the latest round of the New Spaces Fund program.

“High-quality, affordable and inclusive child care is becoming a reality in British Columbia,” said Carla Qualtrough, Minister of Employment, Workforce Development and Youth Inclusion. People with Disabilities and MP for Delta. “It’s a game-changer for so many parents, especially mothers who won’t have to choose between raising a family and having a career. I can’t wait to see what a difference this will make for children, families, workers – for entire communities – across the province.

“My daughter has been enrolled in Cookie Monster Preschool for two years, and going to school has provided her with invaluable socializing opportunities with children her own age,” said Heather Gillard, a mother. “It also helped her gain confidence and comfort through predictable daily routines and caring, supportive teachers. I know it’s the right choice for her when I see her waking up excited to learn and play with her friends!

British Columbia’s 2022 budget builds on this with an investment of $3.9 million over the next three years to add 390 new ECE seats at public post-secondary institutions in British Columbia.

Thanks to ChildCareBC’s investments, BC parents have saved $960 million.

To learn more about the New Spaces Fund, visit: https://www2.gov.bc.ca/gov/content/family-social-supports/caring-for-young-children/running-daycare-preschool/childcare-new-spaces-fund

To learn more about Towards $10 a Day: Early Learning and Child Care: https://www.canada.ca/en/early-child-care-learning-agreement/province-territory-agreements/british-columbia-canada-wide-2021.html