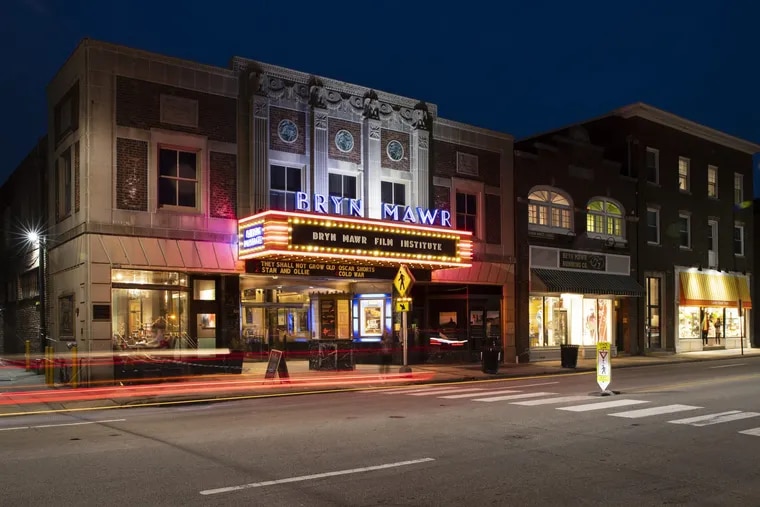 Philadelphia has a long history as a film city. On screen, Philly’s historic evocation of the lofty ambitions of the good old American Dream set the backdrop for classics like Rocky, Stock exchanges and Switch off. Offscreen, the city has struggled to maintain a vibrant film culture. Although movie theaters and storefront nickelodeons abounded in the downtown area at the start of the 20th century, many of these movie palaces closed in the years that followed, victims of gentrification, changing tastes and the ever slippery economy of cinema.

But things are changing. Philly, and the surrounding area, is reclaiming some of its former status as one of America’s premier movie cities. Savvy programming, pop-up cinema spaces and charitable initiatives are increasingly offering local moviegoers something more ambitious and esoteric than the usual standard multiplex mega-blockbuster fare. These are some of the local (and local) places to keep in mind.

Like something dreamed of by a generation of video library kids, the Mahoning Drive-In has become legendary for its hugely eclectic mix of cult, schlock and truly curious programming – almost all of which is presented on archival prints. Come for a Sunday short of the Three Stooges or a doubleheader featuring the freakout LSD-zombie film from 1978 blue sun with adaptation by David Cronenberg of William S. Burroughs naked lunch. Other recent programs have included a 35mm rewind of the critically reviled 1998 comedy by the late comedian Norm Macdonald. Dirty work. A true gem of the region – and of declining American drive-in culture – the Mahoning is well worth a visit. 📍 635 Seneca Road, Lehighton, 🌐 mahoningdit.com

Since 2013, cinéSPEAK has been on a mission to engage “diverse audiences through our programming of contemporary independent films and globally minded repertoire.” A registered 501(c) charitable trust, cineSPEAK is committed to serving its community of West Philly, as a kind of traveling cultural center. The lineup is varied enough, showcasing works from established arthouse greats like Thai author Apichatpong Weerasethakul to a mini-festival of short films by local filmmakers screened at the Cherry Street Pier. Although primarily operated as a pop-up, screened in loaner theaters or local parks, cineSPEAK is currently finalizing plans to open a “permanent home” in West Philly. 🌐 cinespeak.org

In 2021, the Philadelphia Film Society parted ways with its grungier digs on the 2000 block of Sansom and moved into the brighter, slightly more central Chestnut location in what was once the Prince Theater. In addition to the annual film festival, the Film Center hosts movie-themed quiz nights and hosts an after-school program called Cinemaniacs. As the Society settled into its new permanent home, its programming became more adventurous. A standard list of first-run features and “Film Essentials” is complemented by programs like AP Bio, which explores inventive interpretations of biographical form, by Federico Fellini 8½ at Paul Schrader Mishima: a life in four chapters. (The Film Society also screens films at the PFS Exchange, 400 Ranstead Street.) 📍 1412 Chestnut Street, 📞 267-239-2941, 🌐 filmadelphia.org/phila-film-center

At the more artsy end of Philly’s cinematic spectrum is the Lightbox, which prioritizes experimental and arthouse cinema with an emphasis on newly minted (or otherwise immaculate) restorations. The Lightbox highlights little-seen films, such as Michael Roemer’s revenge is mineand the recent film by Ukrainian director Roman Bondarchuk Volcano. 📍 401 Broad Street South, 📞 215-717-6477, 🌐 lightboxfilmcenter.org

Housed inside Seville’s historic theater (established around 1926), this cinema has survived rezoning kerfuffles, bankruptcies and a close call that nearly turned it into a gym. Now a charity, the BMFI screens first-run films, as well as certifiable classics, by Michael Curtis casablanca at John Woo hard boiled. Educational programs such as the Film Classics Seminars provide additional insight into the slate, courtesy of local scholars and critics. 📍 824 Lancaster Ave, Bryn Mawr, 📞 610-527-9898, �� brynmawrfilm.org

If you’re looking for a movie theater with historical good faith to spare, well, head to Phoenixville. Founded in 1903 as the ‘Colonial Opera House’, the cinema is famous (locally anyway) for having featured prominently in Steve McQueen’s 1958 sci-fi comedy classic the blob. Now renovated and restored, the three-screen movie theaters mix first-run feature films with classics, comedy shows, screenings of beloved musicals and pop-ups Courtesy of Secret Cinema, the long-standing local cult film club. The Colonial hosts a three-day “Blobfest” every year, which surely ranks among the largest annual Blob-based events in the country. 📍 227 Bridge Street, Phoenixville🌐 thecolonialtheatre.com

Cows on the loose near Lake Superior meet a sad end