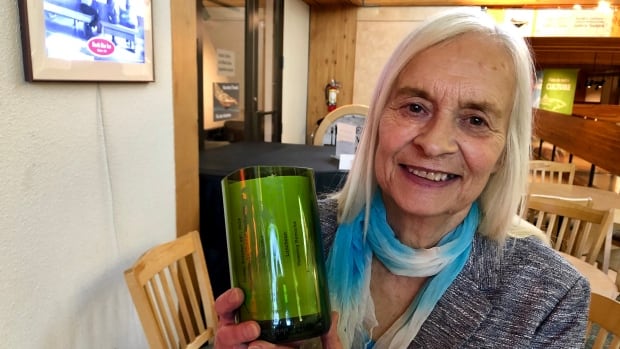 A woman who pushed for the revitalization of Indigenous languages ​​in the Northwest Territories is remembered as a passionate linguist, a generous friend and an animal lover with a wild side.

She “gave her whole heart” to language preservation, said Mary Rose Sundberg, who had been friends with Harnum for 40 years.

His role as Languages ​​Commissioner of the Northwest Territories from 1992 to 1996 was only a fraction of the work Harnum did during his nearly 50 years in the North.

A lifelong love of language

Harnum graduated from the University of Western Ontario in 1975, then moved to Kinngait, Nunavut (then called Cape Dorset), where she learned to speak Inuktitut and write syllabics. , Sundberg said.

Later, Harnum moved to Fort Liard, Northwest Territories, and helped set up a craft store there.

Eventually, she began working at the territory’s now defunct Languages ​​Office in Yellowknife and, after serving as Languages ​​Commissioner, spent many years as a consultant. She also led CBC’s Indigenous Languages ​​Archive Project, which archives 75,000 hours of recorded stories in eight Indigenous languages.

Harnum raised a son, Beau, who was the “light of her life,” Sundberg said.

A long list of his accomplishments also includes helping to found the Goyatikǫ Language Society, developing a Chipewyan dictionary in Fort Resolution, Northwest Territories, and a Inuinnaqtun-to-English dictionary in Cambridge Bay, Nunavut.

Rosella Stoesz, a longtime friend, said Harnum lived with her on and off for about 15 years.

“Our love of dogs, I guess, is one of the main things that brought us together,” she said, reflecting on how that love led to an extra dog in the house one winter’s day. particular cold.

Harnum rescued a dog tied outside and unwanted by its owners, Stoesz said. Not knowing what they were dealing with, the two women put the animal in the laundry room. However, when someone turned on the drying machine, the dog panicked.

The dog was jumping around, basically trying to get through the door, Stoesz said. The unfortunate pooch ended up pulling an outlet and causing the dryer to short out, earning him the name Sparky.

“Betty saves Sparky, fair enough,” Stoesz said. “But then she flies to Edmonton to visit her son and granddaughter and leaves me with Sparky…who is not home trained and has to go to the vet to have a nipple removed because he was frozen.

“She was very generous in bringing the dog home and then leaving,” Stoesz laughed. “Betty left me with all sorts of problems over the years. I guess that’s friendship. The good, the bad, and the ugly.”

Some of the fond memories, Stoesz said, include finding treasures — and Christmas presents for each other — in the dump salvage area in Yellowknife.

Harnum’s health began to decline late last year after suffering a brain aneurysm. Stoesz began caring for her friend’s beloved dog, Sheba, and was happy that Harnum had been able to spend time with her son and granddaughter over the past few months.

Stoesz says she will remember her friend for her easy-going nature, fierce independence and strength in the face of adversity.

“She was small and mighty,” Stoesz said. “I will miss her deeply.”

Harnum hired Mary Powder to work on the CBC Archive Project in 2017 and became a mentor and close friend.

“She was a lovely person to talk to. She was funny. She will be sorely missed,” Powder said.

In 2019, Harnum was honored for her work on the archive project with a Wise Women Award, given by the NWT Status of Women Council to women who are helping to advance women’s equality in the territory. At the time, Harnum described her journey as “incredible”, noting that she grew up as a little white kid in Toronto.

Harnum was curious about Indigenous people at school and learned to speak Indigenous languages, Powder said, describing Harnum’s ability to speak in different dialects as “incredible”.

She also got along well with alumni, Sundberg said, especially when working on a hymn CD.

“The alumni really enjoyed working with her because she understood them,” Sundberg recalls. “She was always playful with the elders, always teasing them. So during that time we learned a lot.”

Brent Kaulback, now retired from his position as assistant superintendent of the South Slave Divisional School Board, worked with Harnum on the development of the Chipewyan dictionary. He said she went through “thousands and thousands” of words and phrases with elders while working on the project.

“She was certainly a pioneer when it came to language work in the Northwest Territories,” he said, adding that she had been working on such projects long before there was a strong interest in revitalization. indigenous languages.

“His legacy is that our languages ​​in the Northwest Territories are getting stronger. They are thriving,” he said.