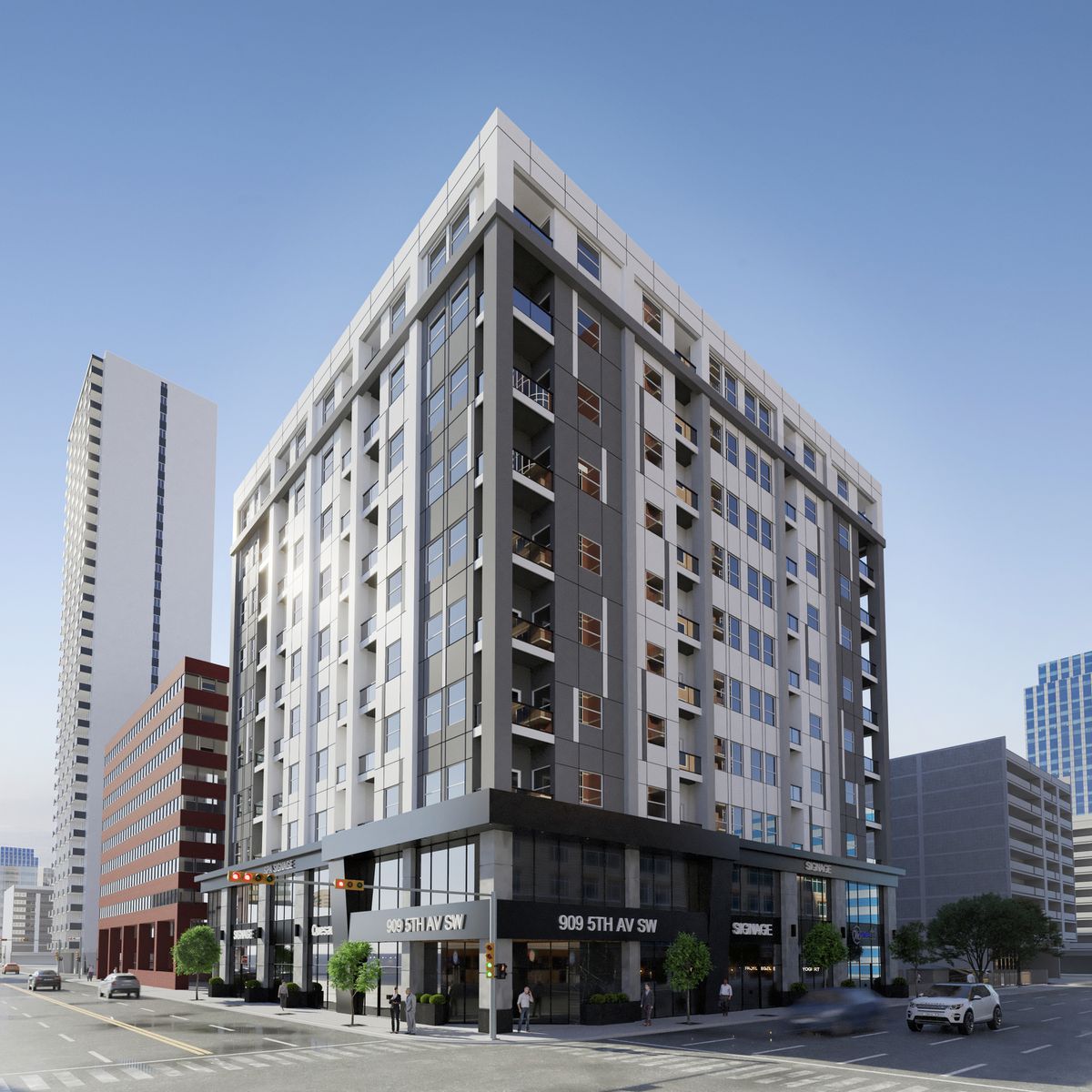 Three Calgary developers have been given the go-ahead to turn lifeless downtown office buildings into rental housing as the city attempts to reduce its nation’s highest office vacancy rate and revitalize the often desolate core .

The City of Calgary announced on Wednesday the first three approved projects under its downtown Calgary development incentive program. In total, they will remove 414,000 square feet from the market and create 401 residential units. Approximately $31 million of the program’s $100 million fund will be split among the successful applicants – Aspen Properties, Cidex Group of Companies and Peoplefirst Development – upon project completion, based on the number of living spaces created.

About a third of downtown Calgary’s office space is currently empty, fueled by a volatile oil and gas industry and made worse by the COVID-19 pandemic. About 14 million square feet are vacant, mostly in the central core, according to a first-quarter report from commercial real estate firm CBRE.

While the city center has long been considered a concrete ghost town, which has worsened since the 2014 oil price crash and triggered a recession, there have been recent signs of improvement as high oil and gas prices drive a recovery. CBRE reports that 63,000 square feet of space was absorbed in the first quarter of this year, causing the vacancy rate to drop slightly to 32.8 from 33.2 in the previous quarter. Other agencies have also reported that the vacancy situation in downtown Calgary is stabilizing.

Mayor Jyoti Gondek said Wednesday that about six million square feet of office space needs to be taken off the market through residential conversion, alternative uses or demolition to stabilize downtown property values ​​over the next decade.

“Today is one of the first steps on this road to this important goal,” Ms. Gondek said. “This conversion initiative supports downtown’s economic recovery by accelerating the elimination of unused downtown office space and the development of downtown residential neighborhoods – a plan that will allow people and businesses to thrive.”

On the east side of downtown, the Palliser One project will be the largest of the three projects. Aspen Properties is set to convert the 27-story Class B office near the Calgary Tower into a mix of one and two bedroom apartments. Nearby, the Cidex group of companies will revamp an 11-storey Class C building into rentals with a focus on creating a vibrant community space.

Rob Blackwell, Aspen’s chief operating officer, said he believed they would spend 25% less repurposing the office building than starting from scratch, mainly due to its depreciated market value. Mr Blackwell also said it was an environmentally conscious business.

“The most environmentally friendly residential building is one that is not built at all. With virtually no concrete used in this new project, the conversion of Palliser One will save 500 million tonnes of greenhouse gases,” he said.

The third project, at the western end of downtown, will breathe new life into a 10-story Class B building that has stood vacant for almost a decade. Peoplefirst Developments plans to build apartments over eight floors with a commitment to place 40% of units at 20% below market value.

Eight other project applications are currently being reviewed by the city.

Greg Kwong, CBRE’s vice president and regional general manager, said the office-to-housing conversion projects are a “just a drop in the grand scheme of things” but can help ease some pressures on the downtown core. clubbed city of Calgary.

“It’s one of the many levers we have to pull,” Kwong said. “I would suggest that most, if not all, of the applications should be accepted so that they make a dent in the high number of vacancies [spaces] That we have.”

The office vacancy rate has become a barometer of Calgary’s ailing economy and is directly correlated to building values ​​and property taxes. Last year alone, downtown non-residential assessments fell $801 million, or about 8%, from 2020. Alberta’s unemployment rate is one of the highest in Canada, but the numbers are improving.

“We’ve stopped the freefall from going further into a higher vacancy, but we’ve by no means gotten rid of a high vacancy…there’s still a long way to go.”

We have a weekly Western Canada newsletter written by our British Columbia and Alberta bureau chiefs, providing a comprehensive package of news you need to know about the region and its place in the issues facing Canada confronted with. register today.