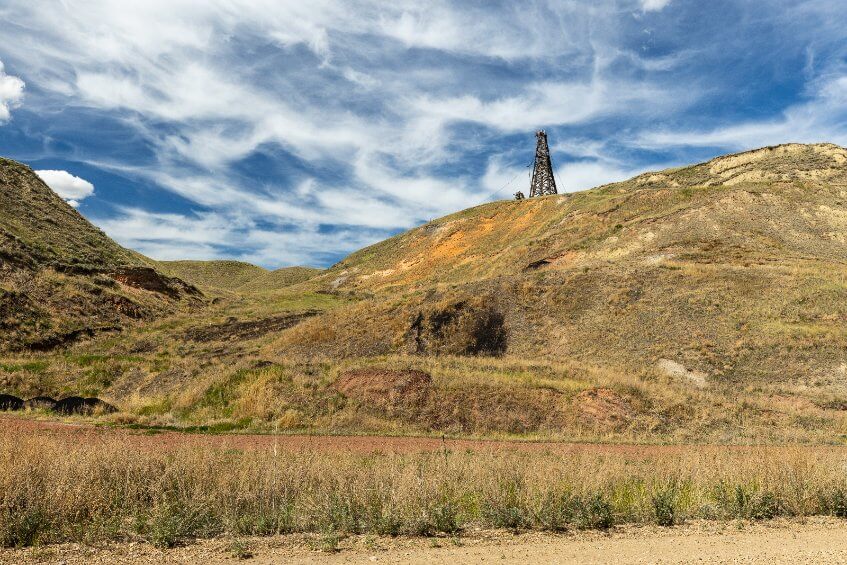 With Vladimir Putin’s war in Ukraine hijacking the climate and energy transition agenda countries thought they would pursue this year, it has become fashionable to ask whether Canada can afford to take a break from fossil fuels.

The simple answer is that we cannot afford not to.

The months following the invasion have shaken up international oil and gas markets as the European Union struggles to break its dependence on Russian supplies. Oil prices are skyrocketing. Fossil fuel companies are touting their new relevance. European leaders are urging citizens to reduce their energy consumption and warning against possible rationing. And it’s not yet clear whether countries like Germany would freeze in the dark this winter if Russia cut off all supplies through its Nord Stream 1 gas pipeline.

But the short-term crisis does not change the inevitable and underlying logic of a rapid transition away from fossil fuels. In fact, the countries most vulnerable to Putin’s economic aggression are stepping up their efforts to put in place a more aggressive decarbonization agenda – not just or even primarily to avert climate catastrophe, but because they now consider displacement carbon as the cornerstone of their geopolitical security.

The combination of Europe’s security interests and a cascading global climate emergency precludes any realistic case for the East Coast liquefied natural gas (LNG) terminals that Canadian fossil fuel interests have fervently promoted, and that German Chancellor Olaf Scholz will encourage with a visit to Canada next month.

It’s amazing how fast a group of countries can move when they’re really motivated.

The European Union has spent decades negotiating decarbonization strategies that were aggressive by international standards, but still moderate and equivocal by what the science of climate change demands. Just two weeks after the Russian invasion, EU countries pledged to reduce their dependence on Russian gas by 65% ​​this year and to phase out all Russian fossil fuels “well before 2030”.

“We simply cannot rely on a supplier who explicitly threatens us”, said European Commission President Ursula von der Leyen. “We must act now to mitigate the impact of rising energy prices, diversify our gas supply for next winter and accelerate the transition to clean energy. The sooner we switch to renewables and hydrogen, combined with more energy efficiency, the sooner we will be truly independent and in control of our energy system.

We’ve known for decades that multiple smaller-scale renewable energy and energy efficiency projects can come online much faster than a single fossil fuel megaproject. But these projects will take even longer to come together than it would take Putin to turn off the taps on a big gas pipeline. So even at a time of deadly heat waves and raging forest firesit doesn’t quite make sense for Europe to roam the world in search of short-term gas contracts while working hard to phase out gas demand, once and for all.

But that does not mean that Canada has gas exports to offer in the short time when Europe will need them. The continent’s reliance on Russian gas is set to end by 2025 with no new gas import infrastructure needed and is already showing signs of much slower demand growth until that time. date, according recent analysis by climate consultancy Ember. Notwithstanding the continued hype, European gas demand will decline by the time Canada can supply it.

This raises serious questions about why an investor would support an East Coast LNG project without federal government subsidies. has already ruled outalthough a loan guarantee may still be in the German government’s cards.

Seize the next opportunity

With industry and media stories riveted on the mythical hope of new fossil fuel exports, Canada risks missing its best opportunity, a way to help allies in need while building the industries of the 21st century. . Sorting out the options starts with asking what we can and can’t afford.

Over the past century, the world’s economic powerhouses included countries that invested in the manufacture of internal combustion vehicles and the extraction of oil and gas. But the world has fundamentally changed, and Canada can no longer expect to prosper if we continue to party like it was in 1922.

Today, major emerging export opportunities include electric vehicles, renewable energy, energy storage, smart buildings, and the knowledge and expertise to incorporate these technologies into a rapid decarbonization plan. and consistent. The economic winners will be the countries that can capture a share of these markets by delivering practical and truly sustainable solutions to the global climate emergency.

There’s another option, and it’s not pretty. If Canada continues to play its part in an industry that is coming to an end, we will end up buying our electric cars in Asia, our solar energy systems in China and our smart buildings in Germany, while gradually losing revenue oil and gas exports which have been the mainstay of our international balance of payments.

The solution is not to double down on a losing hand. And it’s not about throwing taxpayers’ money at supporting tech unicorns like carbon dioxide removal and (so-called) small modular nuclear reactors that offer no certainty that they’ll be ready to evolve in time to address the climate emergency.

Basic options for energy efficiency, renewable energy and, increasingly, energy storage are convenient, affordable and ready for prime time, but other countries are at the forefront of their development . The window will soon close for Canada to refocus its industrial strategy on the technologies and services that humanity needs, in the energy sector and beyond, to stabilize global climate systems.