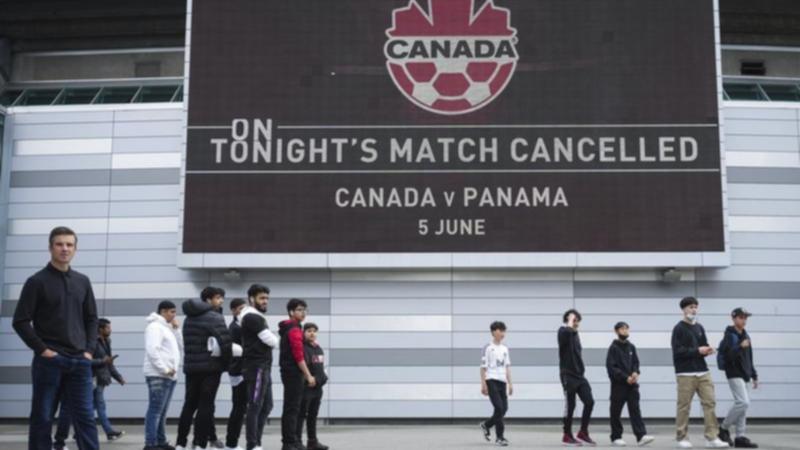 Canada friendly due to pay dispute

Canada’s World Cup warm-up match against Panama has been canceled after the men’s team refused to play due to a labor dispute with the country’s governing body, which includes a request for the women’s national team gets equal match fees.

The players, who are preparing for the country’s first appearance at the men’s World Cup since 1986, refused to train on Friday and Saturday and play on Sunday.

The game was canceled just two hours before kickoff at BC Place in Vancouver.

“In March, we entered into contract discussions with Canada Soccer,” the men’s national team said in a statement.

“Due to leaders delaying the process and taking vacations, the negotiation process has been unnecessarily prolonged. Canada Soccer waited until the evening of July 2 to present an archaic offer and the association’s general secretary and president only made themselves available for the first time to connect with the players on June 4 at 4 p.m. For these reasons, we have reluctantly decided not to play our game today against Panama.”

The players said they wanted 40% of World Cup prize money, a travel package for friends and family and “a fair structure with our women’s national team which shares the same match costs for players, the percentage of prize money won at our respective FIFA World Cups and the development of a national women’s league.”

Canada’s women’s team is ranked sixth in the world and won gold at the Olympics last year.

“I think what we’re asking of the players is fair,” midfielder Jonathan Osorio, a regular absent from the current roster due to injury, told The Canadian Press.

“We don’t want to be treated any more special than similar teams we compare ourselves to. We just want to be respected and not taken advantage of and receive our fair share.”

Canada is scheduled to face Curacao in Vancouver on Thursday and travel to Honduras on June 13, both in the CONCACAF Nations League.

World number 38 Canada open their World Cup in Qatar against second-placed Belgium on November 23, followed by Group F matches against Croatia and Morocco.