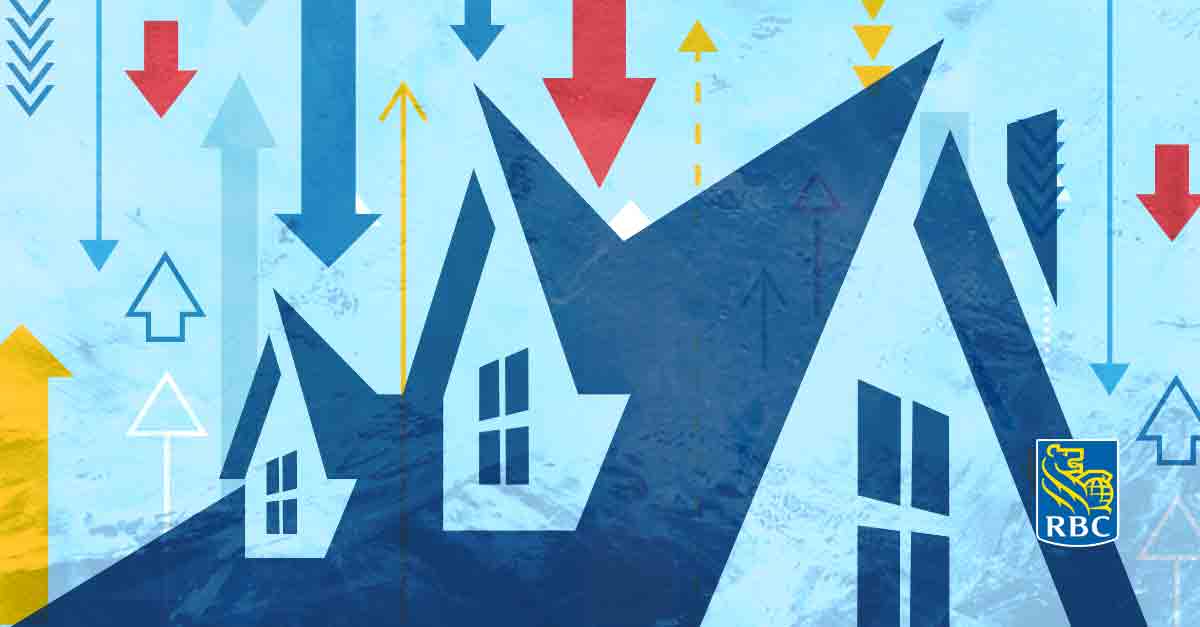 Canadian home prices are falling faster and faster, especially in Ontario and parts of British Columbia, as sharp interest rate hikes weigh more and more on buyers. The MLS National Aggregate Home Price Index recorded its largest one-month drop (-1.9%) in June, following declines of 1.0% in April and 0.5% in May. The price correction is concentrated in Ontario, where the MLS HPI fell in all markets last month, significantly in cottage country, London, Woodstock, Kitchener-Waterloo and other areas that have seen huge appreciation during the pandemic. Property values ​​also tend to decline faster in the Interior and Lower Mainland regions of British Columbia, with June marking the steepest drop in the MLS HPI in the past three months.

The price correction is spreading

Other parts of the country are now starting to see prices soften. The MLS HPI fell in Winnipeg, Montreal and Quebec from May to June, which we believe will mark a turning point. Calgary and Halifax may not be far behind with a largely stable index last month. These developments align with our view that property values ​​will come under increasing downward pressure across Canada over the coming months, with more expensive markets at the forefront of this trend.

Previous (super)tight supply and demand conditions are quickly easing. Home resales in Canada are down 27% since February, including a 5.6% m/m decline in June. This came as the number of homes put up for sale increased slightly, giving buyers more options to choose from and significantly reducing the degree of competition between them. Resale activity fell in the vast majority of markets between May and June, with a few exceptions, mainly in Quebec and parts of Atlantic Canada. Declines were steepest in Ontario and British Columbia, as was the case in previous months, where buyers are most sensitive to rising interest rates.

More cooling on the go

The disproportionate rate hike of 100 basis points announced by the Bank of Canada on July 13 will no doubt cool the market even more over the next few months. Higher mortgage rates will spoil or delay home ownership plans for many buyers, especially in British Columbia and Ontario, where affordability is particularly tight. The prospect of further rate hikes—we believe our central bank will raise its key rate to restrictive levels by the fall—will deepen the correction in both provinces and spread it to other parts of the country. We expect home resales to fall by 34% and benchmark prices by nearly 13% by early next year in Canada.

The impact on the local market of the higher rates will, however, be uneven. We expect the most expensive and interest rate sensitive markets (eg Vancouver and Toronto) and housing categories (eg single family homes) to experience larger declines, while relatively affordable areas (eg Calgary, much of Atlantic Canada) and options (eg condos) to show greater resilience. Provincially, we think Ontario and British Columbia could see peak-to-trough benchmark price declines of more than 14%, and see Alberta and Saskatchewan at the other end of the spectrum. scale with decreases of less than 3%.

Robert Hogue is a member of the Macro and Regional Analysis Group at RBC Economics. He is responsible for providing analysis and forecasts for the Canadian housing market and for provincial economies. His publications include housing trends and affordability, provincial outlooks and provincial budget commentaries.

This article is intended to provide general information only and should not be considered to constitute legal, financial or other professional advice. A professional adviser should be consulted regarding your particular situation. The information presented is believed to be factual and up-to-date, but we do not guarantee its accuracy and should not be considered a complete analysis of the topics discussed. All expressions of opinion reflect the judgment of the authors as of the date of publication and are subject to change. No endorsement of third parties or their advice, opinions, information, products or services is expressly given or implied by Royal Bank of Canada or any of its affiliates.