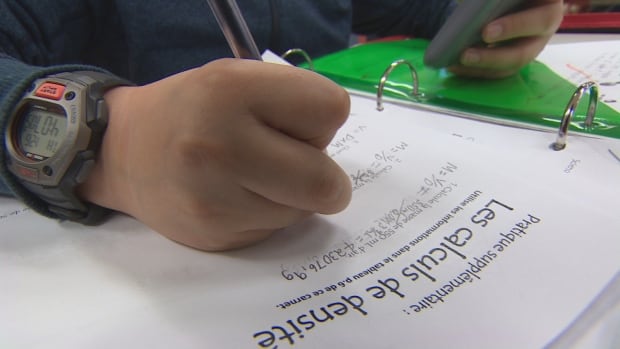 The way French Immersion is delivered in Waterloo Region public schools will change in 2023, including that entry into the program will be moved to Grade 2 in the fall of 2024.

On Monday night, trustees of the Waterloo Region District School Board voted to ratify a decision they made a week earlier. Trustees approved the recommendations of a committee created to review the program.

Three recommendations were made to trustees last week:

Administrators heard from some parents unhappy with the changes, including Heather Henderson, who has two children on the public school board. She said the recommendations did not address other program issues, including the learning environment in dual-track schools – where English and French immersion classes take place.

Henderson said there was a “huge divide” between the French and English tracks and said social and academic integration plans were needed.

“We must stop relying on the generosity of parents and teachers to organize extracurricular activities as the only means of integration,” she said.

“Guitar clubs just aren’t enough. The divide within dual-track schools runs so much deeper than that.”

Trustees voted in favor of the changes to French Immersion while acknowledging that the plan was not perfect.

Trustee Carol Millar said she understood that “this was not the end. This was just the end of this committee and the work will go on and on, which gave me great encouragement.”

Councilor Laurie Tremble, who sat on the French immersion committee, said she heard the committee’s and parents’ concerns.

“I think now we have to let the staff do their job to address some of those concerns,” Tremble said. “The longer we wait and discuss at the committee level, the more we can even begin to make some of these changes.”