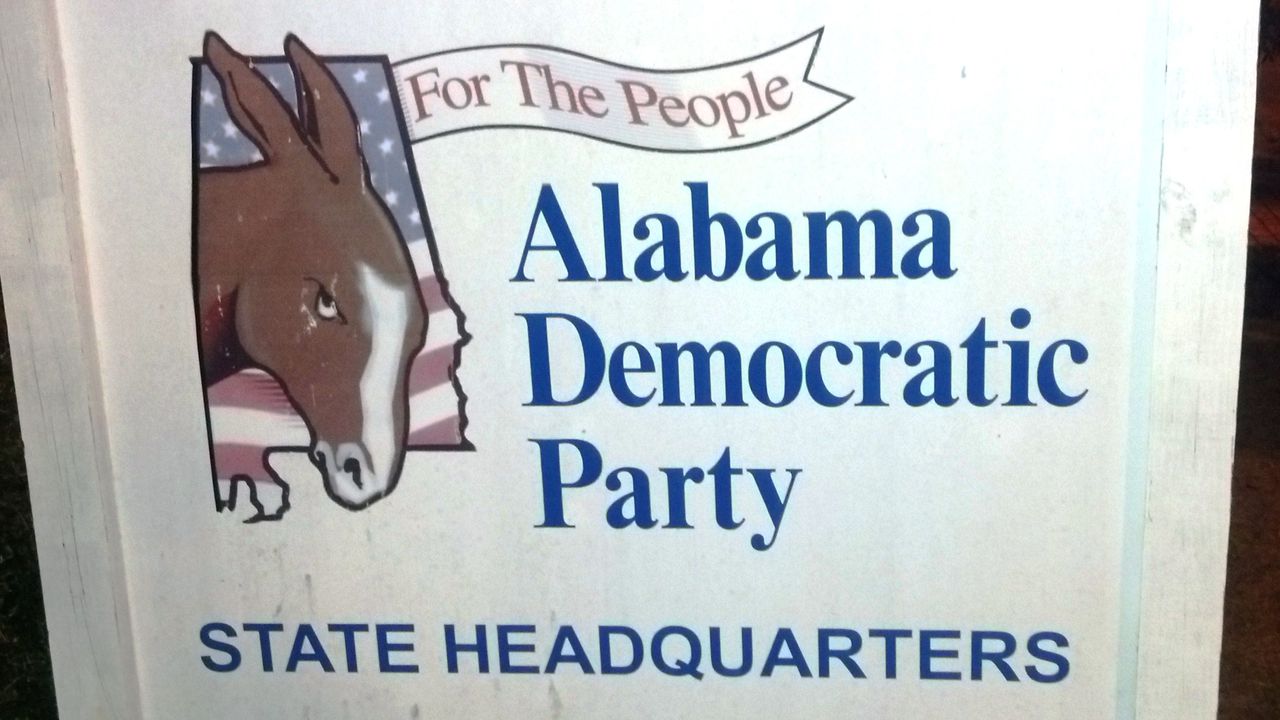 The Alabama Democratic Party is preparing to choose a new leader for the second time in less than three years.

At least two party presidential candidates have emerged since the party announced last week that Tuscaloosa state Rep. Chris England would not seek another term.

Birmingham’s Josh Coleman and Montgomery’s Tabitha Isner have announced they are standing to replace England at the helm of a party that is struggling to regain its footing after more than a decade of Republican dominance and a deep split within from its own ranks.

Isner, 41, helped organize a grassroots push that contributed to that change in 2019. She ran for party president and finished second in England.

Isner was the Democratic candidate for Congress in Alabama’s 2nd Congressional District in 2018, a race she lost to then-U.S. Representative Martha Roby, R-Montgomery. Isner is a business analyst for a software company and an ordained Christian minister.

Coleman, 32, was appointed as the City of Birmingham’s first LGBTQ Liaison by Mayor Randall Woodfin in 2018. Coleman is Deputy Director of the Social Justice and Racial Equity Division for the city. He is also the director of the city’s Academy for Civic Engagement, which teaches residents how government works and how to get involved, a program that has more than 1,000 participants.

Coleman is president of Central Alabama Pride, chairman of the Alabama Young Democrats, and represents Alabama on the Democratic National Committee.

Isner, as one of the proponents of change in the party three years ago, is disappointed with what has happened since. She said promises made when England was elected president have not been kept. For example, she said that the ESDP had not held a meeting since November 2019, except for a webinar-style online meeting which she said did not give committee members the opportunity to talk.

“We need leadership,” Isner said. “I love the Alabama Democratic Party as I love my country. That is, I am inspired by its best ideals and disappointed in its failure to live up to those ideals. And as we everyone, I share the responsibility of making the party what we dream it to be.

Party chairman is an unpaid position. Isner said she was willing to serve in the position because of the urgency for the Democratic Party to become a powerful force in shaping state policy. Republicans hold all the statewide offices and about three-quarters of the seats in the Legislative Assembly.

“I don’t see how Alabama will escape its current situation if we don’t have a two-party system where issues are seriously debated and solutions are carefully weighed,” Isner said. “That doesn’t happen in a one-party state.

“I look around me and I see my neighbors in difficulty. I see all the ways Alabama is a tough place to live, to raise your kids, to get health care. And I don’t see a way forward without having a functioning Democratic Party. I will do everything I can to help solve this problem.

In November 2019, where England replaced Worley as chair, the SDEC added caucuses with new members representing young people, Hispanics, Asians/Pacific Islanders, Native Americans and LGBTQ. The idea was to build the party by reaching out to more people.

Isner said the diversity caucuses haven’t had a chance to exert the intended influence, in part because the ESDP hasn’t met since their inception. She acknowledges the COVID-19 pandemic was a factor, but said more should have happened.

“For me, the most important thing is making promises and keeping them,” Isner said. “That’s how we build trust. And the state party just hasn’t done this for so long, made promises and broken them. And there is so much skepticism about the Democratic Party, both from Democrats and the general public.

“We can’t heal that reputation and re-establish a reputation as a trustworthy party until we make it a priority to be fully present, to keep our promises, to do what we say we’re going to do. And I think that’s something I can contribute. I can bring the character and integrity needed to keep promises made.

In 2017, Coleman led an Alabama Young Democrats initiative to visit every county in the state, listen to Democrats, and connect them with each other.

“We traveled to all 67 counties and literally spoke to Democrats in every county,” Coleman said. “There were places where it could have been in a Jack’s restaurant and there may have been three people showing up. But we were there in their community. We talked to them and listened to the frustrations they had in the political climate about the state party. About their own elect.

“And we saw early on that it was an opportunity. We were obviously trying to get young people involved in this program. But we realized early on that there were mature Democrats, seasoned Democrats, who were also there- low and who showed up at these events.

It was the era that led to Doug Jones’ victory in the December 2017 special election for the U.S. Senate, the first statewide victory for Democrats since 2008. Coleman said the strategy of 67 Counties had helped create county chapters of Young Democrats and energize county chapters for the state party.

The Democratic Party was unable to follow up on Jones’ victory in 2017, losing all statewide races in 2018. Jones lost his seat to Tommy Tuberville in 2020.

Coleman said Democrats had a strong slate of candidates in 2018. He said those candidates lacked a strong party infrastructure for fundraising and other programs that can support campaigns. Coleman said the party has since caught up on building those resources.

“When we elected the England president there was a lot of hope,” Coleman said. “But it was also pre-COVID. I’m not saying COVID is an excuse. But in terms of organizing and being in the communities where people are, I think COVID has toned that down a bit.

Coleman said he thinks the party has grown stronger with more training and has closed gaps in online outreach that came under fire a few years ago.

Coleman said the Democratic Party can gain traction with Alabama voters by welcoming their views and participation as broadly as possible.

“Whether it’s young voices, far-left progressives, or older voices who are more moderate Democrats who have historically won in Alabama, let’s make sure we engage those people and make sure we’re the big tent party we pretend to be,” Coleman said.

The Democratic Party’s deep split over leadership heated up after the party’s organizational meeting in August 2018, when Worley was re-elected president over a candidate backed by Jones. Grassroots organisers, the DNC and Jones were involved in the effort which eventually led to Worley being replaced by England.

Worley had a large faction of backers who unsuccessfully tried to block these changes, including with failed lawsuits. Joe Reed, head of the Alabama Democratic Conference, the party’s most influential black organization, backed Worley.

Reed said last week that the ADC would endorse a slate of candidates, black and white, for the presidency and other positions at the Aug. 13 meeting.