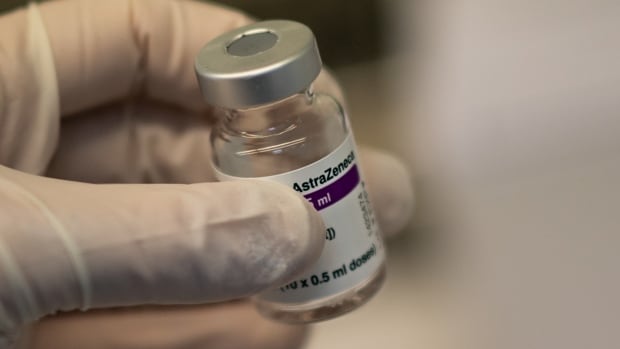 The European Commission said on Tuesday that it would make sense for the United States to allow travel of people vaccinated with the AstraZeneca vaccine to Europe.

On Monday, the White House announced that it would lift restrictions prohibiting citizens of the European Union from traveling to the United States from November. It is not known which vaccines will be accepted by US authorities.

“We believe the AstraZeneca vaccine is safe,” a European Commission spokesperson said at a press conference.

â€œFrom our point of view, it would obviously make sense for people vaccinated with AstraZeneca to be able to travel. “

The spokesperson noted that this is a decision by the US authorities.

The AstraZeneca vaccine was cleared by Health Canada for use in people 18 years of age and older at the end of February. As of September 16, health authorities had distributed more than three million doses of vaccine to the provinces, according to a follow-up list published by the federal government.

In June, Prime Minister Justin Trudeau said his government would work with other countries to ensure that Canadians who have received the AstraZeneca vaccine are not prevented from traveling abroad.

In the United States, there are three COVID-19 vaccines that are either fully licensed or approved for emergency use – the two-dose mRNA vaccines from Pfizer-BioNtech and Moderna and the single-dose product from Johnson & Johnson (Janssen).

India has criticized the UK government’s decision not to recognize coronavirus vaccine certificates issued by Indian authorities, calling it a “discriminatory policy” that will impact its citizens who wish to visit this country.

The new rules require Indians visiting the UK to self-quarantine for 10 days and undergo COVID-19 testing even if they are fully vaccinated with AstraZeneca vaccines made under license in India.

The rules will go into effect next month. The Indian Serum Institute, which manufactures the AstraZeneca vaccine, has not sought its approval by the European Union.

Most people in India have been vaccinated with the AstraZeneca vaccine made in India. Others have been given COVAXIN, which is also not used in Britain.

Canada is extending restrictions on all direct commercial and private passenger flights from India until Sunday, Transport Canada said in a statement Tuesday.

Travelers eligible to enter Canada will be able to board direct flights from India after the restriction on direct flights expires, provided they have proof of a negative COVID-19 molecular test from the approved laboratory Genestrings of the United Kingdom. Delhi airport performed within 18 hours of scheduled time. Departure.

WATCH | The Premier of PEI explains the proof of vaccination system:

Prince Edward Island is working with Nova Scotia and New Brunswick to create a â€œPEI Vax Pass,â€ Premier Dennis King said on Tuesday. The pass will apply to many large gatherings, whether indoor or outdoor. 2:32

Here is a look at some of the developments related to COVID-19 across the country:

Early in the evening as of Tuesday, more than 229.4 million cases of COVID-19 had been reported worldwide, according to Johns Hopkins University coronavirus tracker. The death toll worldwide was over 4.7 million.

In the Asia Pacific region, Vietnamese authorities are relaxing some pandemic restrictions in Hanoi from Tuesday after two months of confinement to contain an upsurge in coronavirus cases.

In Europe, senior German politicians expressed shock at the weekend murder of a young gas station worker who asked a customer to wear a face mask, and warned against radicalization on Tuesday people who oppose the country’s pandemic restrictions.

A 49-year-old German was arrested in the fatal shooting of the clerk on Saturday in the town of Idar-Oberstein (west). The suspect is being held on suspicion of murder.

Authorities said the man told officers he acted “out of anger” after being refused service for not wearing a mask while trying to buy beer. “He further stated during questioning that he rejects the measures against the coronavirus,” the Trier police department said in a statement.

In the Americas, Deaths from COVID-19 in the United States have averaged over 1,900 a day for the first time since early March, with experts saying the virus largely attacks a separate group: 71 million Americans not vaccinated.

In December, when no vaccine was available, around 3,000 people were dying every day. Today, despite readily available vaccines, the number of deaths per day has increased by 40% over the past two weeks, from 1,387 to 1,947, according to data from Johns Hopkins University.

In Africa, the Burundian authorities have decided to suspend all social events, except Saturdays and Sundays, as concerns grow over the increase in the number of COVID-19 infections.

The country was one of the last in Africa to adopt vaccines after the late president’s administration was accused of taking the pandemic lightly. In a letter to governors and mayors, the chairman of the COVID-19 committee said the limits on gatherings come after authorities realize how such events can spread the virus.

The mayor of Burundi’s economic capital, Bujumbura, threatens to fine anyone who does not wear a mask or respect physical distancing. The mayor cites a worrying number of COVID-19 patients in the city.

-From The Associated Press and Reuters, last update 8:50 p.m. ET