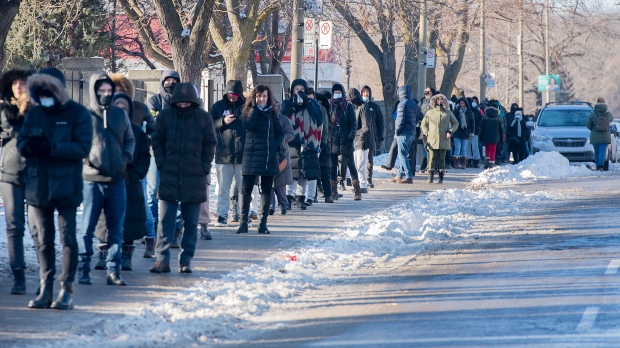 TORONTO — More than three million cases of COVID-19 have been documented since the start of the pandemic, according to CTVNews.ca’s case tracker, with at least one million of those cases occurring in the past month.

But the true number of infections is widely recognized by medical experts to be significantly higher.

“There is a degree of underestimation due to current testing policies,” Canada’s Chief Public Health Officer Dr. Theresa Tam said during a press briefing last week.

The first cases of Omicron in Canada were detected in late November 2021, with COVID-19 infections seeing an unprecedented increase two weeks later. At the time, Canada still had less than two million total cases. It took only a month for a million more cases to be confirmed.

The extraordinary speed with which Omicron spread over the winter holidays overwhelmed provinces that scrambled to keep up with testing demand. Policy changes in the new year limited the number of people who could take a test in many parts of Canada and meant that the majority of the population was no longer qualified.

East Coast Buttons before the snow storm; Boston could get 2 feet