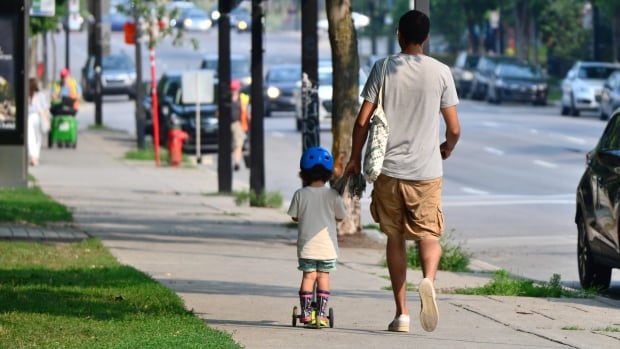 COVID-19 in Quebec: what to know on Friday

COVID-19 data is no longer updated by the Quebec Ministry of Health on weekends or holidays.

The day the premier of the province announced that he would impose a vaccination passport system, thousands of Quebecers rushed to make an appointment to get their first dose of a COVID-19 vaccine, according to the Minister of health.

Dubé said on Friday that 11,519 people had booked a slot for their first jab.

“It’s double [the total from] the previous days, “the minister said in a tweet.

Quebecers are waiting for details on the province’s vaccine passport. Various groups have already expressed their concern about the functioning of such a system.

On Thursday, Premier François Legault said a passport system is needed given the growing number of cases in Quebec and the prospect of more hospitalizations and deaths.

Concerns about the vaccine passport include data security and how it will be enforced.

Quebec reported a sharp increase in new cases on Thursday. The more than 300 new cases included 72 suspected cases that were still under investigation in Montreal.

Until last week, the number of new cases was consistently below 100.

Many public health experts say the passport system is necessary given the threat of the delta variant of COVID-19.

The Department of Health announced earlier this week that a delivery of 585,000 doses of Pfizer this week will likely be the last to be distributed to vaccination clinics. This will suffice for several weeks of injections for those who are not yet fully vaccinated.

The province will receive just over 500,000 doses of Pfizer next week and plans to keep them, keeping them in reserve for late arrivals or those who need a third dose. No further deliveries are planned for the moment but this could change, depending on the epidemiological situation.

Closure of the vaccination clinic at the Bill-Durnan arena

As of August 29, the CIUSSS will end mass vaccination services at the Bill-Durnan arena in Côtes-des-Neiges.

Parc Extension’s new walk-in vaccination site at 7101 avenue du Parc will be open every day from 8 a.m. to 7:30 p.m., according to the Montreal health authority in the west, the CIUSSS. Center-West of Montreal.

The new location and vaccination site at Square Décarie will remain open throughout September.

The best stories of COVID-19

What are the symptoms of COVID-19?