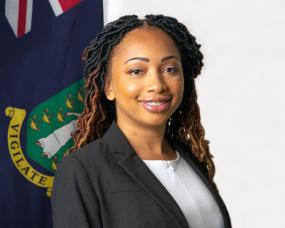 Speaker of the Virgin Islands House of Assembly, Corine George-Massicote leads a three-member delegation to the annual Commonwealth Parliamentary Conference in Halifax, Canada.

Ms. George-Massicote is joined by Shereen Flax-Charles, At-Large Territorial Member and Deputy Minister of Trade and Economic Development and the Honorable Shereen Flax-Charles; The Clerk of the House Mrs. Phyllis Evans and the Director General Mrs. Myrna Lennard-Penn, at 65e Parliamentary conference organized by the Canadian Region of the Commonwealth Parliamentary Association (CPA).

This year’s conference is being held from 20-26 August under the theme “Inclusive, Accessible and Strong Parliaments: Cornerstone of Democracy and Essential for Development”.

The CPA’s flagship event is its Commonwealth Parliamentary Conference (CPC) and would be the largest gathering of over 500 parliamentarians, parliamentary staff and policy makers from across the Commonwealth who come together to discuss and debate issues and critical global political developments.

There will be a number of conferences and meetings during this year’s conference, including the 38e Small Branch Conference; the Seventh (7e) Triennial Conference of Commonwealth Women Parliamentarians (CWP); ACP Executive Committee meetings; Commonwealth parliamentary meetings with people with disabilities; and the 56e Society of Clerks at the General Assembly Table.

The CPA’s annual conference offers members the opportunity to benefit from networking, professional development, supportive learning and sharing of best practice with colleagues from Commonwealth parliaments and participation from leading international organisations. plan.

Vernon players relish the chance to play at home again