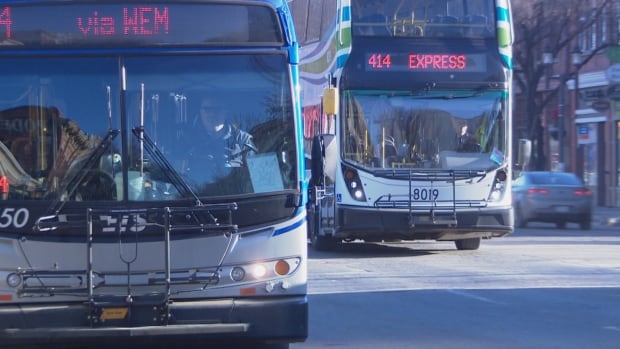 Edmonton city councilors are concerned that a regional transit system, now under construction, will cost the capital more money and lead to fewer routes.

The Edmonton Metro Transit Services Commission is drafting the first phase of the regional transit plan and expects to complete it by the middle of the year, it told council during a briefing. a meeting on Monday.

Councilors raised questions on Monday about the cost of the service and what the routes might look like.

Com. Karen Principe said the recent overhaul of the bus network has already reduced the number of routes, and she fears there are more to come.

“In Edmonton and specifically in my neighborhood, tastawiyiniwak, we’ve lost a lot of transit service and I’m concerned about the possibility of losing more service if subway transit continues,” Principe said.

Tenet is one of seven advisers who were not part of the approval process when the EMTSC was created in January 2021.

The regional transit commission has eight members: the cities of Edmonton, Beaumont, Fort Saskatchewan, Leduc, Spruce Grove and St. Albert, as well as the cities of Stony Plain and Devon.

Anne Stevenson, Ward Councilor O-day’min, supports a regional transit system, but questions the implications of the changes for Edmonton.

“If it comes back in four months and we see a drop in service that we don’t find acceptable, what do we do then?”

“We do not intend to make any recommendations that significantly impair or reduce service,” he told the board. “The goal is to get the best overall return for the hours invested.”

Jankowski noted a delay in the launch of regional service, with wheels on the integrated network now expected to hit the ground early next year, contrary to the original plan to start the service in mid-to-late 2022.

The commission has also asked for more money to operate and draft plans leading into early 2023.

The EMTSC board also approved extending a loan from the current $5 million to $6.5 million, Jankowski said.

Councilors said they also fear Edmonton could end up footing more of the bill for a regional system without seeing the benefits to local residents.

Under the current model, Edmonton will pay approximately 56% of the cost of operating the regional system.

Discussions on a metropolitan transit system date back to 2013, with mayors from 13 municipalities signing a memorandum of understanding in 2018.

Then in 2020, the regional transportation services commission unveiled a business plan, which included the same 13 municipalities.

Strathcona, Parkland, Leduc and Sturgeon and Morinville counties subsequently withdrew from the agreement.

Also on Monday, the Board passed a motion directing the administration to analyze and describe the potential impacts of a regional service model on the ETS network, fares, passengers, city workforce and the operating budget.

City managers are asked to report on the findings in September as the commission is expected to finalize its phase one draft of the regional plan.

The first phase will coordinate routes to and from outlying municipalities to downtown Edmonton with key destinations at three post-secondary institutions: NAIT, MacEwan and the University of Alberta.

Arrest, Computer Use by Defendant in Deadly Attack on Muslim Family in London, Ontario Detailed in New Documents