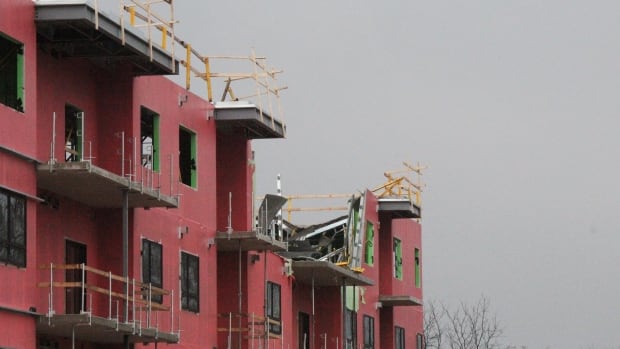 Eight charges have been laid in the partial collapse of a building that killed two people and injured five others in London, Ont., Almost a year ago.

A section of the building, known as the Nest, located at 555 Teeple Terrace in the west of the city, collapsed on December 11, 2020, killing Henry Harder, 26, and John Martens, 21, who were working on the site.

Charges have now been laid under the province’s Occupational Health and Safety Act against two companies and an unnamed person in connection with the incident.

ISpan Systems LP, of Princeton, Ont., Faces six counts, including “failing to ensure that a building, structure or any part thereof, or any other part of a place working, whether temporary or permanent, is capable of withstanding any load that may be applied to it in accordance with good engineering practice.

East Elgin Concrete Forming Ltd., of Tillsonburg, Ont., Faces a charge of “failing to provide information, instructions and supervision to a worker in order to protect the health and safety of a worker.”

An unidentified person is also charged with “having provided negligently or incompetently advice which endangered a worker”.

In a statement sent by email to Radio-Canada LondonOntario Labor Minister Monte McNaughton said in part: “Any Ontario business that thinks worker safety is just the cost of doing business should think twice because it will quickly feel any the force of the law.

A first court appearance is scheduled for January 11, 2022.