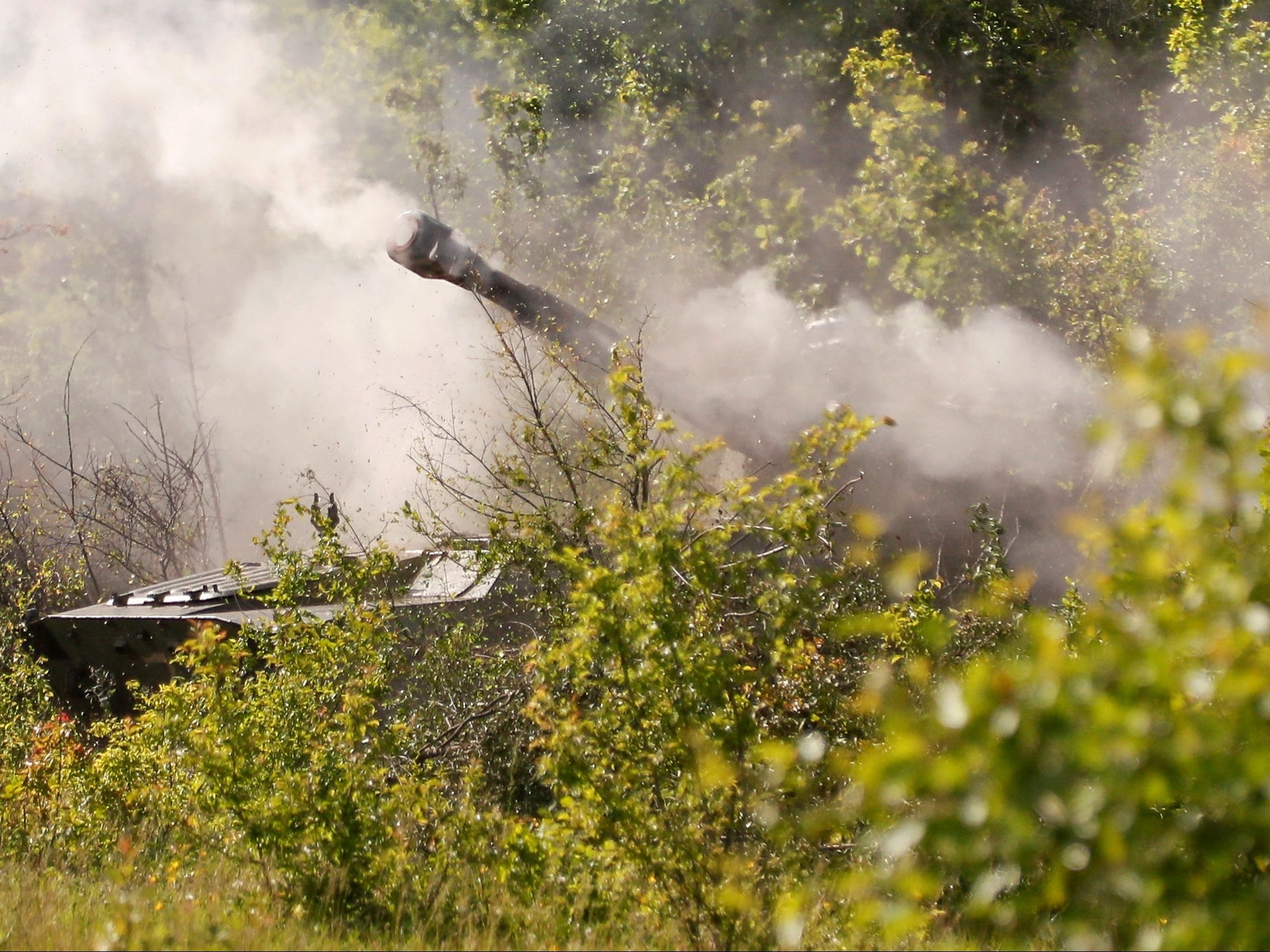 EU bans most Russian oil; Zelenskyy describes the situation in Donbass as “difficult”

KYIV/LVIV – EU leaders agreed on Monday to ban most Russian oil imports to the 27-nation bloc as Ukrainian and Russian forces battled on the outskirts of Sievierodonetsk, the last town still held by Kyiv in the strategic Ukrainian province of Lugansk.

European Council President Charles Michel said on Twitter that the ban, agreed at an EU summit in Brussels, would immediately cover more than two-thirds of oil imports from Russia “cutting off a huge source funding for his war machine”.

The leaders said they had agreed to cut oil imports from Russia by 90% by the end of this year, resolving a stalemate over the bloc’s toughest sanction to date against Moscow since the invasion of Ukraine three months ago.

They agreed the oil embargo would include exemptions for Hungary – a landlocked country that relies heavily on crude routed from Russia and which had been the main obstacle to a deal – and others concerned about the economic impact of this decision.

Shortly before the announcement, Ukrainian President Volodymyr Zelenskyy said the situation remained “extremely difficult” in the Donbass region, where Russia is concentrating its military effort after failing to capture the Ukrainian capital, Kyiv, in March.

Zelenskyy had called the EU too soft on Moscow when it emerged leaders would not reach an agreement on the oil ban.

Russia is seeking to seize the entire Donbass region, made up of Lugansk and Donetsk, another province that Moscow claims in the name of separatist proxies.

Capturing Sievierodonetsk and its twin city Lysychansk on the opposite bank of the Siverskyi Donets River would give Moscow effective control of Lugansk and allow the Kremlin to declare some form of victory after more than three months of death and destruction in Ukraine. .

But by focusing on a battle for just one small town, Russia could leave another territory open to Ukrainian counterattacks.

In his overnight address, Zelenskyy said the situation in Donbass “remains extremely difficult” and said the Russian military was “trying to muster a superior force to put more and more pressure on our defenders”.

“The Russian army has now gathered the maximum combat power there,” he said of Donbass as a whole.

Kyiv said that in recent days its forces have pushed Russian troops back to defensive positions in Andriyivka, Lozove and Bilohorka, villages on the southern bank of the Inhulets River that forms the border of Kherson province, where Moscow is trying to consolidate control.

Zelenskyy said Russian forces again shelled the city of Kharkiv on Monday, as well as the border region of Sumy, which was hit from inside Russia.

Russian shelling reduced much of Sievierodonetsk to rubble, but the Ukrainian defense slowed the wider Russian campaign in the Donbas region.

Luhansk Governor Serhiy Gaidai said Russian troops had advanced on the southeastern and northeastern fringes of Sievierodonetsk, but Ukrainian forces had driven them south from the village of Toshkivka, which could thwart a thrust to encircle the area.

“They use the same tactics over and over again. They bomb for several hours – for three, four, five hours – in a row, then attack,” he said. “Those who attack die. Then the bombings and the attacks follow one another, and so on until they break through somewhere.

With rising temperatures, there was a “terrible smell of death” in the outskirts of Sievierodonetsk, Gaidai said.

A French journalist, Frédéric Leclerc-Imhoff of the BFM television channel, was killed on Monday near Sievierodonetsk when a shell hit the vehicle he was traveling in during an evacuation of civilians. French Foreign Minister Catherine Colonna, visiting Ukraine, has called for an investigation.

Western leaders have chastised Russia for blockading Ukrainian ports, sending prices for grain and other commodities skyrocketing. The UN declared a worsening global food crisis and tried to broker a deal to unblock Ukraine’s grain exports.

“The focus was on ensuring safe navigation in the Black and Azov seas and eliminating the threat of mines in their waters,” the Kremlin said of Putin’s call with Erdogan.

Putin said that if the sanctions were lifted, Russia could export large volumes of fertilizers and agricultural products.

Zelenskyy also spoke with Erdogan and said he discussed food security and defense cooperation, “and, of course, how to speed up the end of this war.”

Efforts to agree an EU oil embargo have been stymied by Hungary’s refusal to agree to a ban on Russian imports it receives via the massive Soviet-era ‘Friendship’ pipeline that crosses the ‘Ukraine.

Michel told a press conference that there was a “temporary exception for oil transported by pipeline to the EU”, but added: “We want to come back to the European Council as soon as possible in order to deal with this exception. temporary and to ensure that we can target all Russian oil.

In the Netherlands, GasTerra, which buys and trades gas on behalf of the Dutch government, said it would no longer receive gas from Russia’s Gazprom from Tuesday.

ananth narayanan: Mensa Brands expands into US, Middle East and other global markets