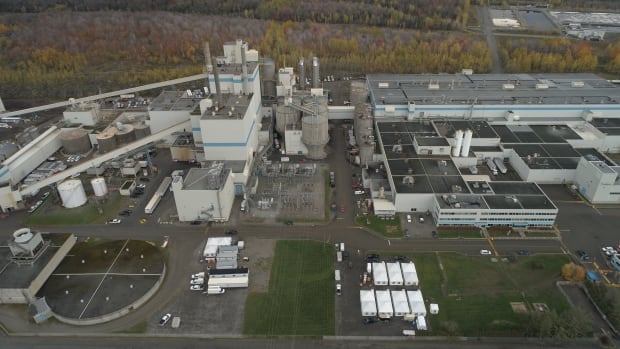 Fatal collapse of scaffolding in the Eastern Townships due to a design defect: CNESST

The 2021 fatal scaffolding collapse at the Domtar plant in Windsor, Que., about 120 kilometers east of Montreal, could have been avoided, according to a report from the province’s workplace safety council. .

The reportpublished Wednesday by the CNESST, indicates that the load of the scaffolding was underestimated and that there was an absence of vital bracing at the seventh level which would have ensured the stability of the structure.

Yan Baillargeon, 39, and Hugo Paré, 22, died in the collapse and a dozen other workers were injured.

The scaffolding was built inside a silo at Domtar’s pulp and paper mill. It fell during maintenance work just after 1:30 a.m. on October 26.

The CNESST says it contacted the families and businesses affected, including subcontractors linked to the accident, on Tuesday. He says he also filed the report with several construction organizations and civil engineering companies to make them aware of the risks.

However, Baillargeon’s half-sister, Kim Baillargeon, said she was notified of the results of the investigation at the same time as the media. Either way, she wasn’t surprised by the report, she said.

“Honestly, I suspected it, but the emotions rose to see [the results]”, she told Radio-Canada.

“I have nothing to say yet except that it is unfair that two lives have been stolen by a lack of judgment from supposed professionals. My brother paid with his life”

The inspector faces a difficult investigation

According to the CNESST inspector, Marilyn Boulianne, the investigation was difficult to carry out due to the disorderly state of the site when her team arrived.

“It is therefore impossible to determine whether the structure had been modified,” said Boulianne, noting that this would include the addition or removal of components.

This is because there was no inspection at the start of the work, but such an inspection is not required under current regulations, she said.

Weaknesses in the scaffolding design were found in the plans, such as missing bracing that would have made the structure safe, Boulianne said. The importance of this bracing at the seventh level has been confirmed by simulations, she said.

the Order of Engineers of Quebec, the Ordre des ingénieurs du Québecreleased a statement on Wednesday saying it takes the CNESST’s findings seriously and will do its own checks to determine if further action needs to be taken.

The CNESST has already proposed several ways to prevent such a tragedy. For example, he recommends that scaffolding assembly plans be signed and sealed by an engineer, in addition to being inspected before authorizing their use.

Bernard Riverin of SPE International helped restore the silo to working order after the accident. He said the report confirms what he determined during his first days there.

He said one problem is that members of any work crew on site could easily make changes to the scaffolding without permission, which could also lead to breakdowns.

Riverin wants more supervision of scaffolding with regulations in place that standardize the installation and maintenance of these structures, he said. This is being done in other provinces, he added.

Kim Baillargeon said she still doesn’t know who to blame for her half-brother’s death.

“But one thing is certain, it will not be forgotten,” she said.