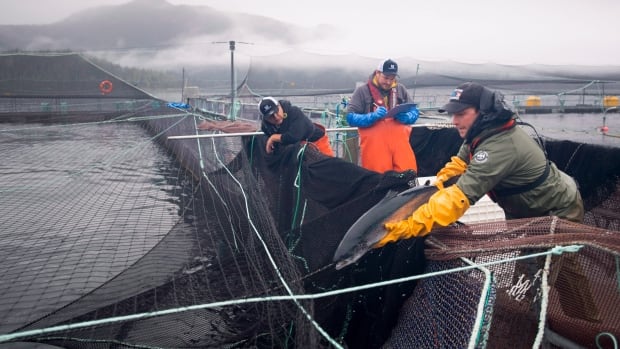 A Federal Court judge overturned a Department of Fisheries order that would have phased out fish farming in British Columbia’s Discovery Islands.

Judge Elizabeth Heneghan said in a ruling on April 22 that the order – made in late 2020 by then-Fisheries Minister Bernadette Jordan – breached the right to procedural fairness owed to the 19 fish farms that should close by the end of June.

Fish farm operators Mowi Canada West, Cermaq Canada and Grieg Seafood have sought judicial review of the order that prevented them from restocking their farms, arguing it lacked reasons and did “not show an appreciation of the facts”.

Heneghan agreed, saying that without reasons from the minister, the order cannot be justified, transparent or intelligible.

Heneghan’s decision supports the fish farm operators’ application for judicial review, upholds the injunction that allows the restocking of fish farms on Discovery Island and reverses the Minister’s decision while a decision on costs will follow.

The Department of Fisheries (DFO) and Minister Joyce Murray did not immediately respond to a request for comment.

Heneghan’s decision also indicates that submissions from intervenors, including the David Suzuki Foundation and the Georgia Strait Alliance, focused on issues such as the constitutional protection of First Nations rights and respect for the precautionary principle, but did not not address issues such as lack of procedural fairness.

Mowi argued last year that it would suffer losses of around $26 million and be forced to lay off at least 78 people and cancel local contracts if forced to cut 1.18 million smolts instead of transferring them to Discovery Island farms.

Chad Huculak: Edmonton’s top CN tower is still a major to the east