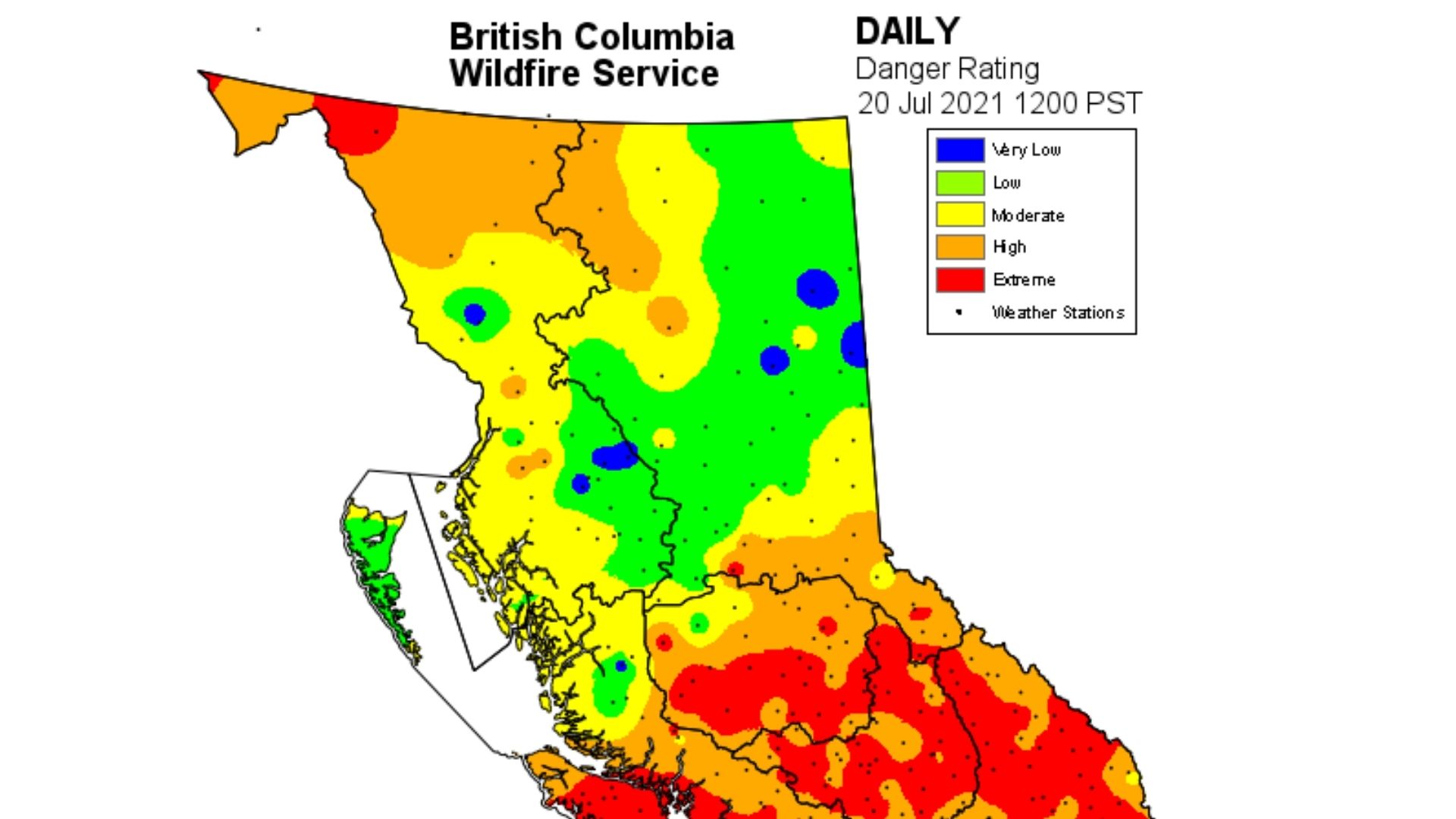 On Tuesday, the province declared a state of emergency to support the ongoing wildfire response. The declaration is effective from July 21 for 14 days and can be extended or canceled if necessary.

The state of emergency applies province-wide and ensures that federal, provincial and local resources can be provided in a coordinated response to protect the public, the province said.

Smoke from the wildfires is still visible in the Fort St. John area and is expected to linger for the next few days, according to FireSmoke Canada.

The air quality index in the Fort St. John area is four, a moderate health risk.

There are currently 59 active fires in the Prince George Fire Center.

The Tentfire Creek Wildfire takes place over 2,400 acres. Despite the area increase, there has been little growth in the past 48 hours, Tumbler Ridge said in a statement Monday evening.

The 203 acre fire near Hook Creek is being monitored by BC Wildfire and Parks Services. The district is aware that the fire is visible from Kinuseo Falls.

Although the BC Wildfire Service says there are no plans to prohibit boat access, people traveling in the area are urged to exercise caution. Road access to Monkman Provincial Park is still closed at the limit.

The province says more than 3,180 firefighters and resource personnel are currently actively engaged in fighting fires in all fire regions.

Extreme weather conditions, fight against anti-Semitism in Canada: in the July 21 news