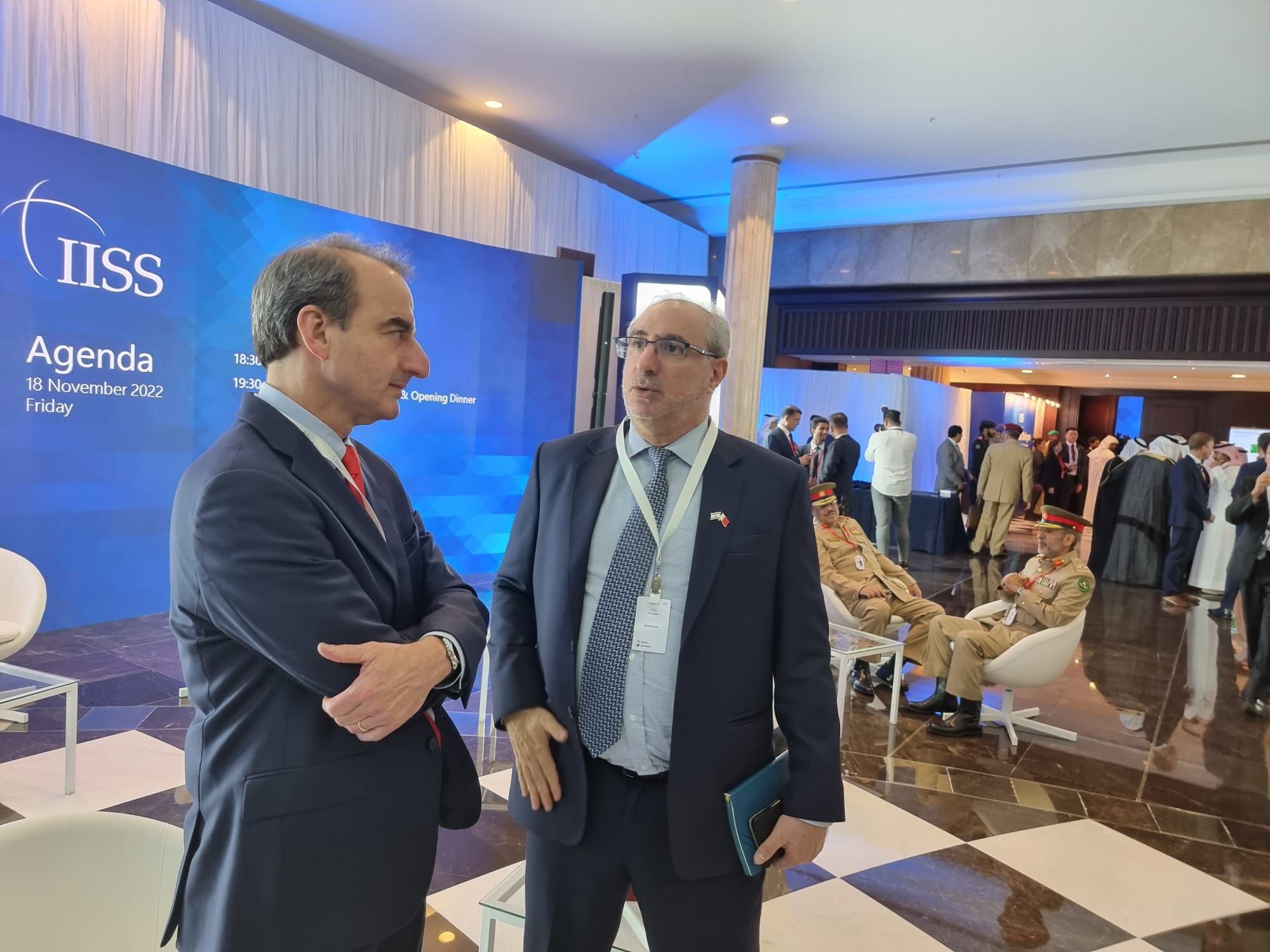 MANAMA — The 18th annual IISS Manama Dialogue summit kicked off Friday in the Bahraini capital, dedicated to discussing the most pressing foreign policy, defense and security challenges in the Middle East.

The agenda included a number of sessions on topics such as energy policy developments, U.S. security partnerships in the Middle East, the impact of conflicts outside the region on the security situation in the Middle East, local initiatives to resolve regional conflicts and the modernization of defense methods and new technologies.

One of the highlights of the conference so far has been the US delegation’s statement of commitment to regional security.

US Undersecretary of Defense for Security Policy Affairs Colin Cale said Washington remains committed to regional security and “prioritizes the Middle East” despite international developments such as the war in Ukraine.