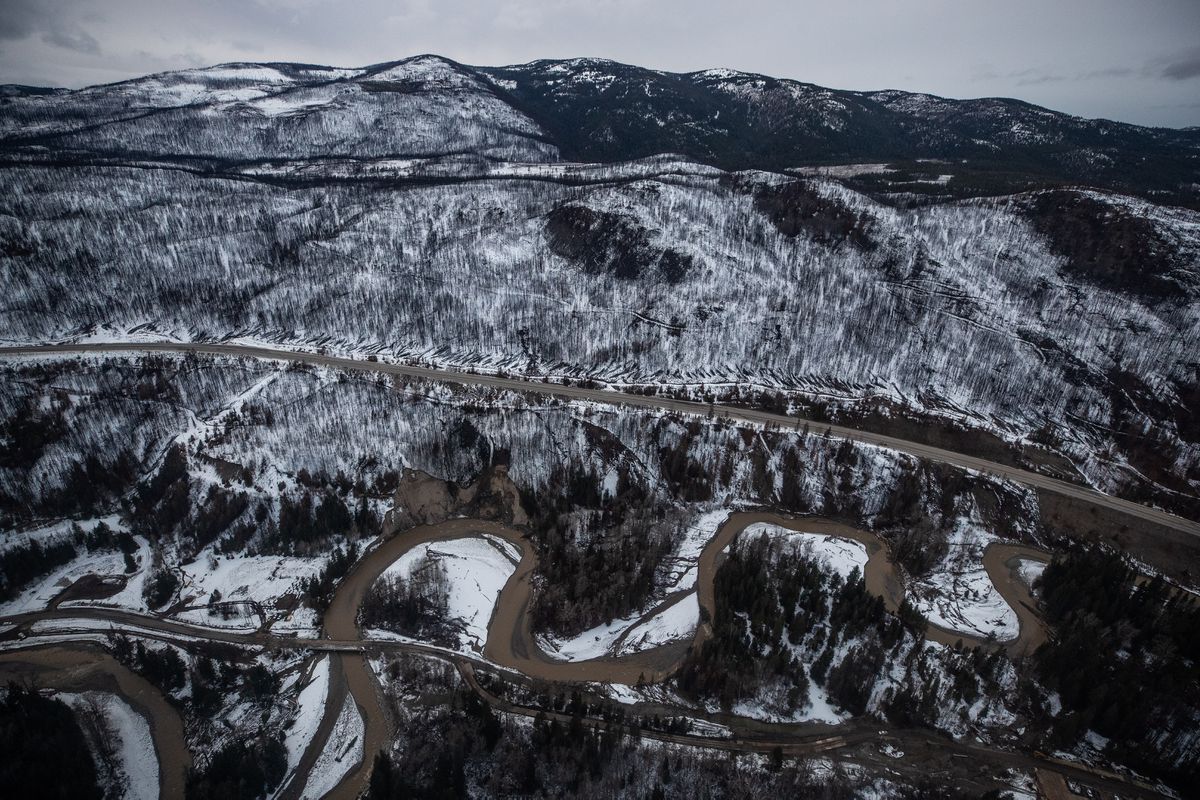 The Chemainus River inundated the tiny Halalt First Nation on Vancouver Island in destructive storms last month, but the damage was minimized by an impromptu coalition of agencies, which are now seen as a model to improve British Columbia’s often slow and disjointed emergency responses to Indigenous communities.

Jodi August first heard that the Chemainus was charging its banks when her aunt called at 6 a.m. November 15, asking for help as a torrent hit his house.

Ms August, a newly elected councilor who last year became the Halalt First Nation’s part-time emergency preparedness coordinator, was shocked. Only a small basin of river water had been visible during his tour the previous night. “The water rose eight feet in the space of six hours,” she said.

Like dozens of communities on the south coast of British Columbia that were inundated by an unprecedented atmospheric river last month, Halalt was quickly submerged. The accumulation of water on the nearby Trans-Canada Highway cleared the barriers on its shoulder and swept through the reserve. Two mainline ruptures compromised the country’s tap water and about half of its 250 residents had to be evacuated.

The United States has rejected British Columbia’s demands to consolidate the seawall for $ 29 million. Now flood damage will reach $ 1 billion

Although the disaster toll was severe, the community appears to have suffered much less damage than in January 2020, when it experienced lower flooding.

This was largely due to the additional support on the ground the nation received from a leader of the First Nations’ Emergency Services Society (FNESS), who arrived on the scene on the day of the most recent flood. Emergency Management BC (EMBC) staff moved into an operations center in the reserve gymnasium the next day. Soldiers and forest fire crews helped with manual labor. This holistic approach of outside organizations was not as present in the aftermath of the previous flood.

“Their presence here at Halalt was incredible,” Ms. August said. “Without them, we would not have been able to establish and complete the work by putting sandbags in vulnerable homes,” she said.

Now officials are hopeful that this collaborative approach can be used to mitigate future damage to First Nations on Canada’s west coast.

On November 24, British Columbia Indigenous Relations and Reconciliation Minister Murray Rankin acknowledged the strong criticism his government received in the days following the flooding of Indigenous communities that were cut off from services to electricity and telephone, or trapped by mudslides. First Nations leaders say volunteers often provided more help and information in these crucial days than the provincial government.

Rankin announced the creation of new Integrated Indigenous Deployment Response and Recovery Teams, similar to those that had met in Halalt. The teams will include staff from FNESS and EMBC, as well as the First Nations Health Authority and Indigenous Services Canada, he said.

“If there is stress and the need for a quick response to a circumstance that no one really knows about until you get there, we’ll have people on the ground faster than before,” Mr. Rankin to reporters.

EMBC, a provincial agency, is responsible for helping cities, municipalities and Indigenous communities in disaster situations, but First Nations also have their own governments that receive funding from Indigenous Services Canada.

In 2018, British Columbia signed a $ 29 million agreement with Ottawa to provide emergency services to First Nations across the province over the next decade and to create 28 emergency coordinator positions, such as that of Ms. August, but full time.

Indigenous Services Canada did not immediately respond to a request for comment, but, in an official update this summer, the department said this only 11 of these permanent positions were filled in British Columbia. A week after the floods, the ministry announced $ 4.4 million in funding for FNESS to help Indigenous communities cope with the devastation.

Kukpi7 Judy Wilson, Secretary-Treasurer of the Union of BC Indian Chiefs, is one of many Indigenous leaders who have signed a Memorandum of Understanding with Ottawa and the province in 2019 to reach a formal emergency services agreement. She said a true partnership was still elusive, as evidenced by EMBC’s response time after the floods.

“This is the atrocity of it, our people are always left at the bottom of the list, and that is what needs to change,” Ms. Wilson said.

EMBC said in a statement that it is working with FNESS and the First Nations Health Authority to support Indigenous communities and has asked FNESS to conduct rapid assessments of the handful of First Nations along Highway 8, northwest of Merritt, so that the provincial agency can better understand the extent of the damage.

Lee Spahan, chief of the Coldwater Indian Band in the southern interior of the province, said daily calls with EMBC officials during the week following the storm were mostly about updates techniques on flood levels and road closures and lacked details on how to ensure people were safe, housed and fed.

“They keep saying, ‘Oh, we’ll get back to you after this call.’ Most of the time, they never did. I must have raised my voice in frustration and said, “When do I start to get answers?” ”, Said Mr. Spahan. “We have submitted many applications and they are finally starting to be approved. But it took two weeks.

The requests were for food, water and resources for members of Coldwater who were stranded by the flooding, as well as for 70 evacuees from Merritt and neighboring First Nations who came to stay in the community, Mr. Spahan.

Wayne Schnitzler, interim executive director of FNESS, said it’s crucial that First Nations are involved at the highest levels of decision-making during these types of crises. He was disappointed that his group – which was originally funded by Ottawa to fight wildfires but now provides support in other emergencies – did not receive a call from EMBC until November 16, the day after the storm left a trail of disasters across the province.

Soon, the FNESS had representatives in several regional operations centers, where they assisted in the local disaster response. By the end of the week, Mr. Schnitzler had traveled to Victoria to join the temporary war room at EMBC headquarters, where staff from provincial and federal agencies competed for resources and streamlined communications.

Erik Blaney, a Tla’amin First Nation fire chief who oversees Vancouver Island communities for FNESS, received a call from Ms. August on the morning of the flooding.

As Ms August and others began to get people out of their homes, he began to draft an evacuation order and a local state of emergency declaration, which he emailed to the direction of Halalt before 10 am.

Having these documents signed and displayed immediately in an emergency is crucial to unlocking the extraordinary powers that First Nations have, he said, such as the ability to requisition property and assets. Mr Blaney and other FNESS responders arrive with satellite phones for themselves and the countries they are helping, he said, as often these remote communities will be cut off from reception and power. cell phones, which means no Wi-Fi, no printing and scanning. of documents.

That week, as more atmospheric rivers approached the coast, EMBC and other groups were able to build a dike near Halalt that is expected to remain standing all winter.

How different governments and agencies coordinated their efforts in the Halalt reserve Stresses how important it is for professional responders to parachute in First Nations as quickly as possible after a disaster, said Mr. Blaney.

“We are trying to phone these nations and tell them what do you need? He said of the usual response. “This system just doesn’t work. In most cases, these people are overwhelmed and don’t even have time to take a call.

We have a weekly newsletter from Western Canada written by our BC and Alberta office managers, providing a comprehensive set of news you need to know about the region and its place in the issues Canada is facing. confronted. register today.