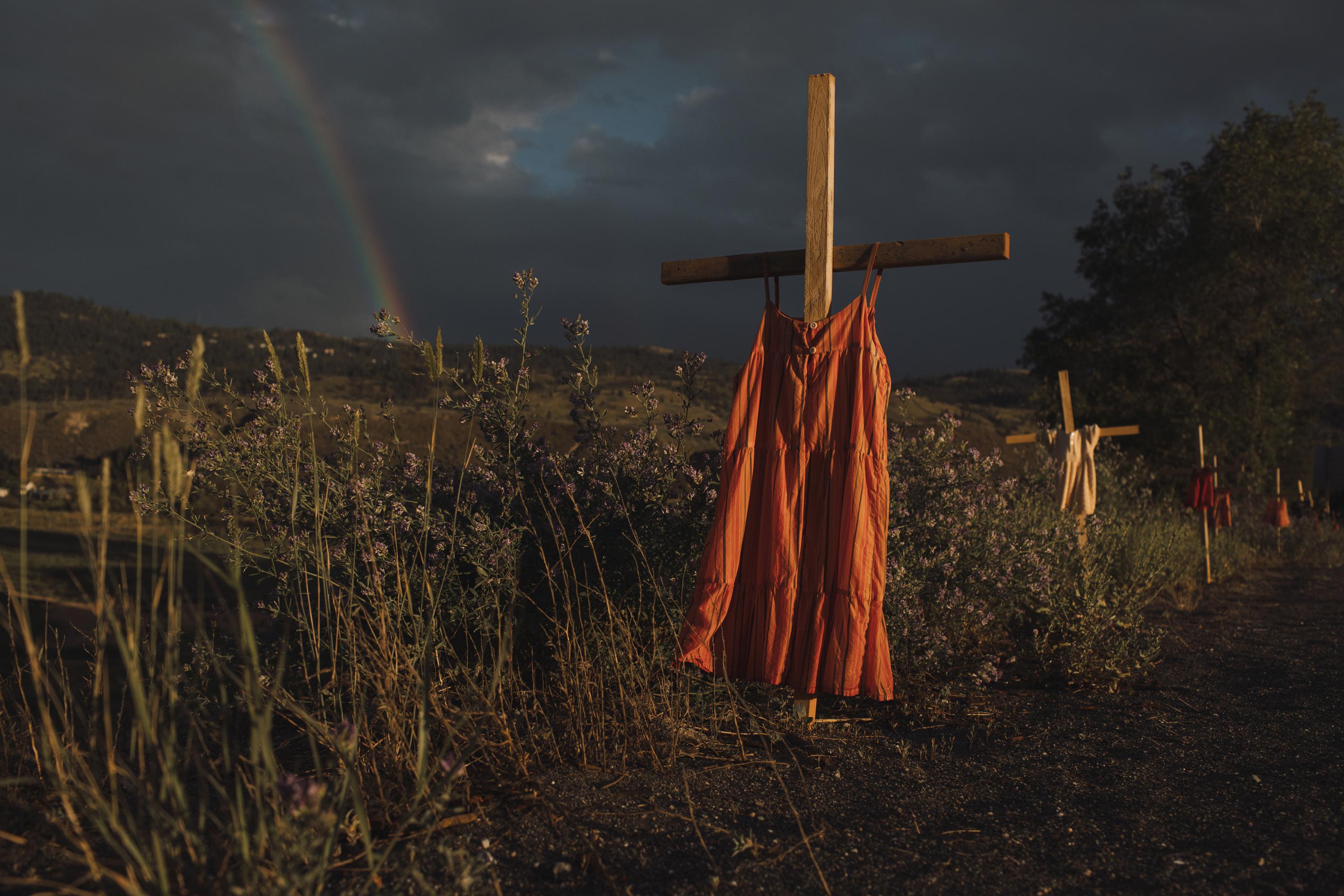 THE HAGUE, Netherlands (AP) — A haunting image of red robes hanging from crosses along a road, with a rainbow in the background, commemorating the children who died at a boarding school set up to assimilate the Indigenous children in Canada won the prestigious World Press Photo Thursday award.

The image was part of a series of the Kamloops boarding school taken by Canadian photographer Amber Bracken for The New York Times.

“It’s kind of an image that sticks in your memory. It inspires a kind of sensory response,” Global Jury President Rena Effendi said in a statement. “I could almost hear the stillness in this photograph, a quiet moment of global consideration of the history of colonization, not just in Canada but around the world.”

It wasn’t the first recognition of Bracken’s work in the Amsterdam-based competition. She won first prize in the Contemporary Issues category of the competition in 2017 for images of protesters at the Dakota Access Pipeline in North Dakota.

His latest victory came less than a week after Pope Francis issued a historic apology to indigenous peoples for the “deplorable” abuses they suffered in Catholic residential schools in Canada and asked for forgiveness.

Last May, the Tk’emlups te Secwepemc Nation announced the discovery of 215 burial sites near Kamloops, British Columbia. It was the largest residential school in Canada and the discovery of the graves was the first of many similar grim sites across the country.

“So we started having, I guess, a personification of some of the kids who went to those schools and didn’t come home,” Bracken said in comments posted by contest organizers. “There are also these little crosses near the highway. And I knew right away that I wanted to photograph the line of these these crosses with these little children’s clothes hanging over them to commemorate and honor these children and make them visible in a way that they hadn’t been since long time. ”

Indigenous peoples from around the world featured in two other of the annual competition’s top prizes. Winners were chosen from 64,823 photographs and open format entries by 4,066 photographers from 130 countries.

“Together, the global winners pay homage to the past, while inhabiting the present and looking to the future,” said Effendi.

Australian photographer Matthew Abbott won the Photo Story of the Year award for a series of images for National Geographic/Panos Pictures that document how the Nawarddeken people of West Arnhem Land in northern Australia fight fire with the fire by deliberately burning underbrush to remove fuel that could start much larger wildfires.

The Long-Term Project Award went to Lalo de Almeida from Brazil for a photo series for Folha de São Paulo/Panos Pictures titled “Amazonian Dystopia” which traces the effects of exploitation of the Amazon region, particularly on indigenous communities forced to cope with environmental degradation.

Yasin, along with Mukhtar Khan and Channi Anand, won the 2020 Pulitzer Prize in background photography for their coverage of the war in Kashmir.

The South Jersey region celebrates an incredible month of March