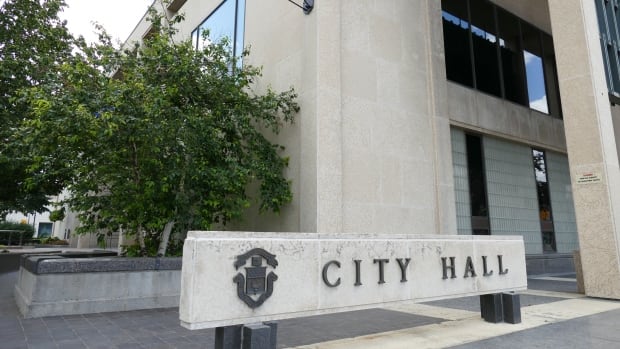 A Winnipeg city councilor returned to the table with a more specific call to help people experiencing homelessness while tackling hoarding issues.

Com. Shawn Nason (Transcona) told the East Kildonan-Transcona Community Committee on Tuesday that he wanted to see a municipal task force to manage “hoarding and collecting behavior” in public and private spaces. The task force would be led by the Winnipeg Fire Paramedic Service and supported by Shared Health, according to its written motion, which it raised at the meeting.

Nason writes that the working group would “establish terms and references to guide the work” and “identify and invite stakeholders to ensure an inclusive approach.”

In the motion, Nason also clarifies the type of behavior he wants to address, including “acquiring and not discarding a large number of goods that appear unnecessary or of limited value” and “public spaces sufficiently cluttered to exclude the activities for which these spaces were designed.”

The motion also highlights the importance of getting help for people with hoarding disorder, a recognized mental health issue.

Last month, the councilman suggested that city staff enforce restrictions against hoarding in public spaces, including transit shelters and encampments. Homelessness and mental health advocates persuaded Nason to drop the original idea, saying it was too vague and could be used against people who have nowhere to live or store their belongings. goods.

Nason says he continued discussions with St. Boniface Streetlinks about this to come up with a new take on the idea.

“It is not presented as a punitive action, but as a support measure so that everyone is equipped with the tools they need to deal with the situation,” Nason said during the meeting.

The committee, including also the Coun. Jeff Browaty (North Kildonan) and County. Jason Schreyer (Elmwood-East Transcona) approved the motion unanimously. If the idea goes through the protection and parks committee, city staff will have 90 days to come up with a plan.

In the name of beautifying the city — and saving money — Browaty pitched his idea to bring back previously banned cosmetic pesticides to control unruly dandelions on boulevards and in parks.

“Seas of dandelions are not unusual, especially in wet years,” Browaty told the meeting, adding that without cosmetic pesticides, the city cuts grass more often or staff pull them out by hand.

To save money and control weeds, Browaty asks city staff to come up with a plan to phase in cosmetic pesticides next year. In his motion, Browaty writes that he wants “priority to the image of boulevards and parks”.

The province recently announced that it will change its cosmetic pesticide laws to allow Manitobans to use federally approved products on their lawns. The legislation will also add more areas where pesticides cannot be used, including municipal playgrounds, dog parks, picnic areas and provincial parks. . It would still be illegal to use them around schools, daycare centers and hospitals.

Nason added that not all of the chemicals approved for the city have been effective and that “the city has failed miserably in maintaining these weeds.”

While he expects to hear from Winnipeggers about bee health, Nason said he would also like to see pesticides return.

“It’s not the prettiest situation,” he said.

Schreyer also agreed with the plan to bring back cosmetic pesticides.

The committee unanimously approved the plan. It will go to the Protection and Parks Committee for approval.