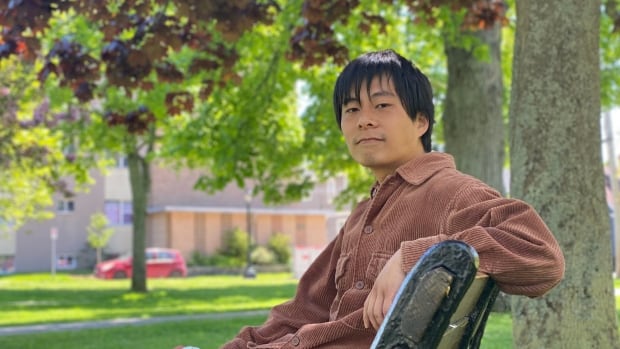 When Norman Ho arrived in Prince Edward Island last year from Hong Kong, many people introduced him to the classic coming-of-age tale, Anne of Green Gables.

He said he was immediately captivated by the poetic and descriptive language of Lucy Maud Montgomery, and took many notes on the language on his phone.

Ho put these new words and phrases to good use when he wrote his short story titled, I beg your pardonwho recently won an Island Literary Award for Newcomers to Canada.

“When I write the story, I use as many vocabularies as possible,” he said.

“For example, in my story, there is a sentence that says, ‘The crisp Atlantic air of early winter meets the smell of soft woods and red earth, accompanied by an orchestra of ‘birds, insects and leaves,'” Ho said.

“I tried to be descriptive.”

“I put my personal experience into it”

The Island Literary Awards jury described the short story as an “immigrant tale of a relationship with place and person, rich in wit, wisdom and thought”, according to the PEI Writers’ Guild.

The short story revolves around a newcomer who arrives in Charlottetown when he wants to start a new life.

“The whole story is based on my real life experience and the people I met on the island and elsewhere.”

Newcomer Norman Ho, who recently won an Island Literary Award, talks about his news and why he decided to come to PEI.

For example, since arriving in Prince Edward Island, Ho said he has heard many people say “I beg your pardon” in their conversations with him.

“They often say ‘I beg your pardon’, maybe because I don’t speak English very well, and people need to hear me repeat the sentence again. But I also find that ‘I beg your pardon’ or ‘Pardon?’ or “Excuse me”, they always have some ambiguity.”

“When I put [it] in different contexts it could mean different things,” he said. “Sometimes it’s sarcastic.

The phrase “I beg your pardon” therefore comes up a lot in the dialogues between the main character and the other people in the story, he said.

Also inspired by the poetic language of Montgomery, Ho wanted to add elements of poetry to his story.

He put a poem in the middle of the story and a second at the end when the protagonist realizes he has to get out of a relationship that has turned sour.

“The east wind is blowing violently. The robins have left their footprints on the snow. As I go, life unfolds.”

“So at the end of the story, the character, he closes the window behind but opens the door in front of him, and moves on,” he said.

Ho said he discovered some things in his personal life while working on the story, and the writing process helped him a lot.

“I don’t think about the message of the story when I write because when I write it’s more of a personal meditation process,” he said.

“But I subconsciously believe…I think making changes and having the courage to move forward is the key to happiness.”