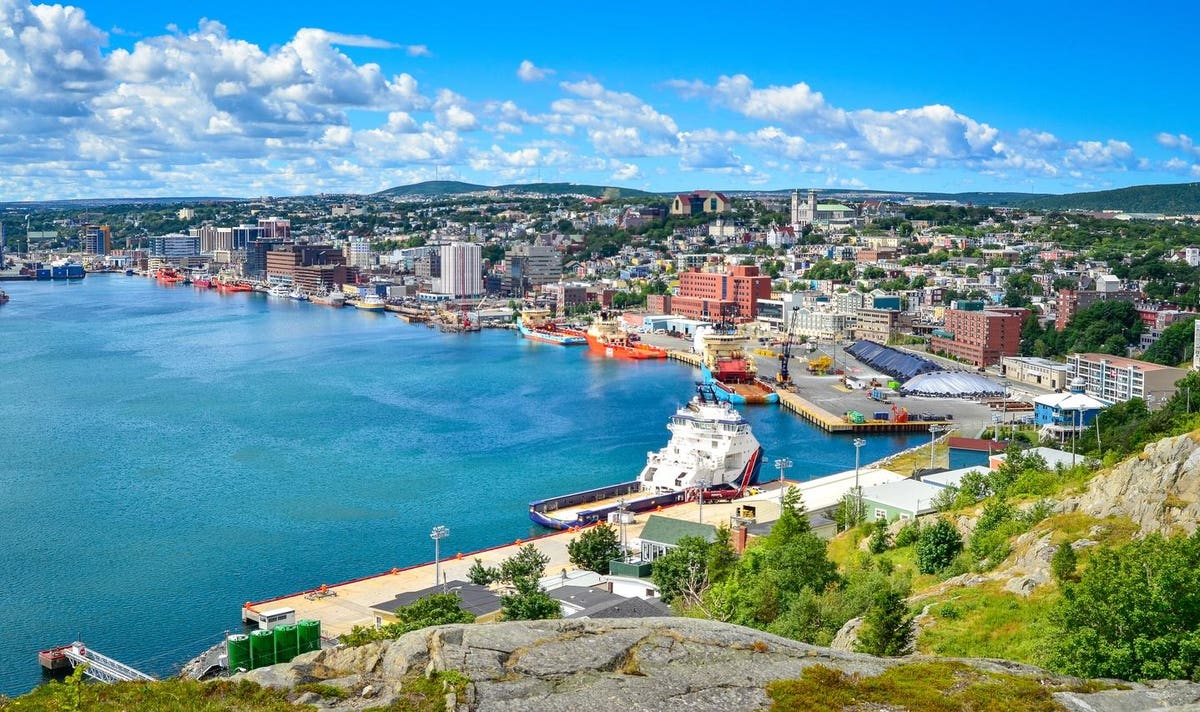 How Newfoundland and Labrador Canada is building an incredible creative community

Greater St. John’s is the capital region of Newfoundland and Labrador in Canada and its largest city. The island’s population has grown relatively slowly in the more than 70 years since it joined Canada, but the make-up of Greater St. John’s – including major regional towns like Bonavista – has changed from more meaningful way. There has been a significant migration of artists, artisans and other creators from urban centers like Toronto and Vancouver, and from as far away as Munich.

Creatives come to Newfoundland and Labrador for the work-life balance, cost of living, and rugged beauty of Canada’s Atlantic coast. In turn, they have contributed to a unique and significant artistic ecosystem that has produced some of Canada’s best-known artists: Alexander Colville, Christopher, Mary, Barbara and Ned Pratt, David Blackwood, Scott Goudie and Anne Meredith Barry for n’ to name a few. .

What makes them come, or stay, is an ecosystem that has been built around the arts. Incredible surroundings and low-cost living attract, but community and lifestyle support holds them back. St John’s counts for the #freelancerevolution because other regions are trying to do what Newfoundland and Labrador has done: renewing its population by attracting young professionals. Understanding how the St John’s region accomplished this can help US states like Vermontlegacy towns and even the rural Spanish countryside to do the same.

I asked Christina Parkerone of St. Johns best-known gallerists and a Newfoundlander who has worked with artists since 1984 to explain how and why it works:

“In a way, everything works together. Established artists attract a new generation from the province and around the world. The government has developed a good scholarship system through peer juries in the fields of art, music, dance and drama. Galleries like mine take risks with young talents and mentor them. Artists feel supported and able to earn a living while pursuing their art and are involved in a variety of state-funded arts organizations and events. And the beauty of Newfoundland – aided by incredible resorts like Fogo Island Inn – attracts tourists and grows the economy.

If you have mapped where artists gather, a safe place is St. Michael’s Printing. Scott Goudione of Atlantic Canada’s best-known artists and an acclaimed master of the mezzotint, describes his important role:

“When St. Michael’s Print Shop opened in the early 1970s, we were a pretty isolated island. Don Wright and Heidi Oberheide developed the Print Shop for professional artists and set the bar high, committing to bringing printmakers around the world to visit, produce and share their work. Their goal was to broaden the art scene, introduce them to various influences, and it worked. Over the decades, dozens of students have visited many universities in many countries. The printing press really broadened our understanding of the art world and introduced us to the world.

The print shop is a stable pillar of the arts community, offering formal internships and informal mentorship. This is just one of the ways in which “community” plays a role in the arts ecosystem. the Bonavista Biennial is another, engaging the Bonavista Bay area, a stretch of several towns. Bonavista Mayor and Social Entrepreneur John Norman explains, “The Biennale is a unique biannual exhibition of contemporary visual art by Indigenous, Newfoundland and Labrador and other Canadian and international artists, and is not is just one of many attractions that draw 80,000 visitors to the area. every year.”

Communities are helping in other ways, too: by working with provincial and federal governments and by engaging chambers of commerce to provide low-cost spaces for artists’ studios and gallery shops. Global sponsors like UNESCO benefit the region by providing additional publicity. Bonavista even appointed a full-time “economic, cultural and heritage agent”.

Governments also play a vital role by funding young artists, organizing competitions, sponsoring institutions such as the Memorial University Art Galleryinvesting in cheap studios and hosting exhibitions at venues such as the Sound Symposium and The roomsthe famous Newfoundland and Labrador Museum.

Other initiatives reinforce the attractiveness of the region. Fogo Island Artslaunched in 2008 by Zita Cobb on Fogo Island, supports a residency-based contemporary art program, offering visitors an ultra-luxurious resort and the opportunity to interact with artists through studio and gallery tours. Very recently, the region welcomed a new house for the Newfoundland and Labrador Crafts Councilanother way communities and government work together.

And St. John’s growing reputation is impressive: artists and other creators telegraph to the world that it’s a place that supports artists and the arts: for Ginok Song, a talented young Korean-Canadian painter who moved to Newfoundland, this support includes the ability to supplement her artistic income by teaching in the studio she has built behind her home. Ned Pratt, a member of the famous Pratt family who grew up on the island and an important contemporary photographer, describes his experience of support:

“I can say that, for the most part, the community has always offered me sincere support. We’re in the same boat: we’ve chosen careers in art that aren’t easy, the work is deeply personal and in a place we love. You have enough aggression to succeed in the arts – not just painting and photography – to want to support each other. And we are all proud of our contribution to our province.“

John Norman, a community leader and active art collector, spoke about the progress Newfoundland and Labrador has made during our interview. “This is a collaboration between all stakeholders: artists, municipalities, provincial and federal government and social entrepreneurs. We believe that by changing the way we live and work, we can stem the brain drain from Newfoundland and reverse it to attract and retain wonderful creators of all kinds in communities like St. John’s and Bonavista. ”

Together, the greater St. John’s Arts Region has created a place that supports and encourages professionally and commercially independent artists and artisans. What does this say about experiments in bringing creatives and other freelancers to legacy cities like Tulsa or rural Spain?

Newfoundland teaches us three lessons. First, it takes visionary leadership and investment – ​​as Christina Parker, John Norman, Zita Cobb, Don Wright, Heidi Oberheide and others have provided. Work began in 1949 when the island joined Canada and continues to this day. Along the way, community leaders have continued to provide essential support.

Second, everyone is on deck. Community organizations work together with artists and business partners – gallery owners, owners and investors, tour operators and hospitality venues – together creating a community life that draws creatives to the region. Active and involved community engagement is essential.

Third, it requires thoughtful planning. Cheap housing and one-time payments attract people, but they don’t retain them. Freelancers leaving San Francisco are looking for a place to fully live their life and work. The big movie field of dreams promised, “build it and they will come,” but smart city leaders know there is no silver bullet. As Pete Saunders explained, smarter cities enhance the attractions of city living; relentlessly investing in and marketing city services that respond to the interests and preferences of freelance and remote professionals; making the most of university centers and cultural attractions; and collaboration with industry. Are these efforts worthwhile? Cleveland has seen a 76% increase in the number of college-educated millennials over the past 20 years. And Saint-Louis ranks fourth among the most popular destinations for Millennials.

The Great St. John’s and Newfoundland and Labrador Project reminds us that it takes time, attention, community and government leadership, and ongoing support to create a community that attracts and keeps freelancers. But this can be done! One-off payments and cheap housing are a start, and a good one, but only. Creating an attractive community for artists – or other freelancers – is a never-ending construction.