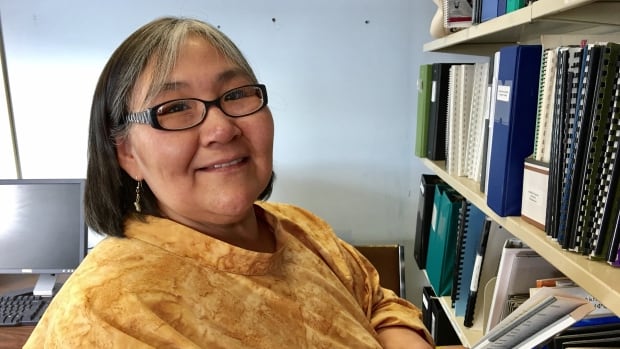 Inuvialuit want their kayak back from the Vatican Museums

The Inuvialuit Regional Corporation wants an Inuvialuit-made kayak returned to its country of origin.

The kayak, along with several other native artifacts, is currently on display in the Vatican Museums.

The organization called the exhibit of the artifacts “insensitive”, given ongoing revelations about the abuse and deaths of Indigenous children in residential schools.

Ry Moran, Associate University Librarian for Reconciliation at the University of Victoria, says the repatriation of Indigenous artifacts is important, “so that we can both regain control of this information and put it fundamentally at the service of healing and well-being both now and in the future. “

The repatriation of these items is spelled out in the United Nations National Declaration on the Rights of Indigenous Peoples (UNDRIP) and the report of the Truth and Reconciliation Commission, said Moran, who is MÃ©tis.

He said museums need to be transparent about what they hold and open to returning materials if that’s what a community wants.

Ongoing consent is needed, he said.

This is something the Inuvialuit made clear that the Vatican Museums do not have.

CBC News was unable to reach the Vatican at press time. However, the Canadian Conference of Catholic Bishops said: “With respect to this or other requests for the return of artifacts, the CCCB would be willing to help mediate this conversation with the Vatican.”

Bishop Jon Hansen is the Catholic Bishop of Mackenzie-Fort Smith, which includes the Inuvialuit Settlement Region.

The reason the kayak and other previously stored artifacts were presented for display “was primarily so that the Pope could accommodate the delegation that would come to Rome in December.” (The visit of indigenous delegates to the Vatican was postponed on Tuesday due to concerns about the omicron variant).

Hansen said the exhibit was meant “to honor these people and welcome them in the right way.”

At a pre-delegation meeting, indigenous delegates learned that a tour of the exhibit featuring these artifacts was on their route, he said.

â€œI know a woman traveling with the Tuktoyaktuk delegation. She heard about the kayak at one of the pre-delegation meetings and couldn’t wait to see it, â€he said.

However, Hanson added: “I think if the repatriation of these artifacts can help reconciliation and healing, then it is certainly a dialogue that needs to be initiated.”

What could happen next?

Two things need to be considered, Hansen said, and the first is about the people who created it.

“If that is definitely their wish it returned,” said Hansen. “I think this should be honored and respected.”

The Canadian Bishops’ Conference and the Holy See have endorsed UNDRIP as a good way forward in their relationship between indigenous and non-indigenous peoples, he said.

Hanson also said museum archivists had expressed a desire to hear from the communities that made the kayak and restore it, he said.

But the second problem is the kayak itself, which is said to be over 100 years old, Hanson said. Is it possible to transport it without damaging it and is there a place where it resides when it arrives in Canada where it will be picked up?

Emily Angulalik and Kim Crockatt, co-founders of the Kitikmeot Heritage Society in Cambridge Bay, Nunavut, have intimate knowledge of kayak repatriation approaches from experiences in their own museum.

â€œThey are so fragile,â€ Crockatt said.

But there are other means of repatriation.

In some situations where it appears that an artefact could be damaged by transporting it again, Elders and knowledge holders have been sent overseas or down South to view an artefact and share their stories and experiences with others. objects like this, Angulalik said.

The Kitikmeot Heritage Society created meaningful experiences where the elders came back and recreated a kayak in the traditional way based on what they saw and documented, Crockatt said. The museum has a couple on display as part of its collection, she said. Other times the item loans made sense, she said.

Brightness levels and temperature controls for certain types of windows are all things that need to be considered if you’re bringing back an object, Crockatt said.

“It’s really complicated,” she said, adding that it is certainly possible that expertise and a suitable space exist in the region.

CBC News was unable to reach a representative from the Inuvialuit Regional Corporation before press time, so plans for the kayak’s future home remain unknown.

The company appealed to the Canadian government for assistance in repatriating the kayak and other items.

Global Affairs Canada said, â€œWe welcome the candid exchanges between Indigenous leaders and the Vatican to advance ongoing efforts at reconciliation with Indigenous peoples, including the preservation and proper custody of Indigenous artifacts stored at the Vatican Museum. “