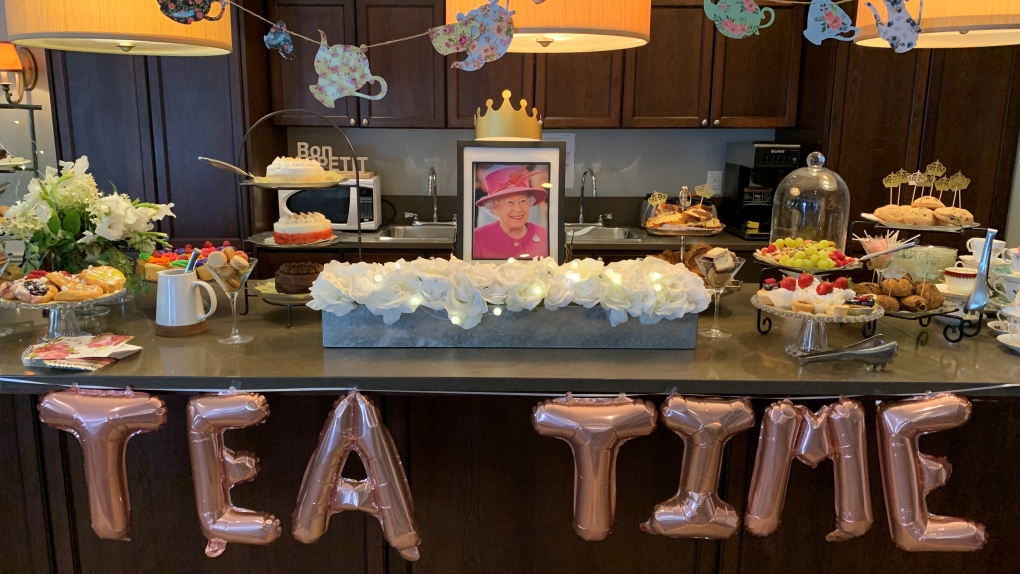 As people from around the world attend the funeral of Queen Elizabeth II, residents of Waterloo Region and Guelph also gathered to pay their respects to Her Majesty.

Legion members said they wanted to pay tribute to the monarch they served.

“It is a solemn moment that we are taking,” said local Legion President Bob Berg. “[The Queen] is a godmother to our legion and the name ‘royal’ was put there with her consent in the early 1960’s.”

Dozens of people gathered around the cenotaph as the Canadian national anthem was sung, followed by a moment of silence and a prayer for the Queen.

“She has done an admiral’s job of basically embracing the range of religious communities, despite her strong Christian faith,” said Paul Ellingham, pastor of the Waterloo Legion.

Pickers then placed wreaths and poppies around the cenotaph. The ceremony ended with the singing of God Save the King, now that Charles III is the head of state.

Meanwhile, a Kitchener retreat hosted a tea party for its residents. Tea and scones were served while the elderly wore crowns.

“It’s not just the story, but her style and what she represents as a woman, especially for the number of older women we have here,” said Krystie Zolnai, Business Advisor at Doon Village Retirement. Home.

Many locals called the queen “wonderful”.

“I swore my allegiance to the Queen when I joined the air force,” said one resident.

Another elderly person from Scotland said she had seen the Queen several times.

“I had been watching the motorcades, and I gave a little wave,” she said.

In Guelph, a cartoon of the monarch is painted on a storefront in downtown Guelph.

“It reminds me of her on the back of the train when she passed through Guelph when I was five,” said Guelph resident Russell McGladrey. “I waved and she waved back and looked me straight in the eye.”