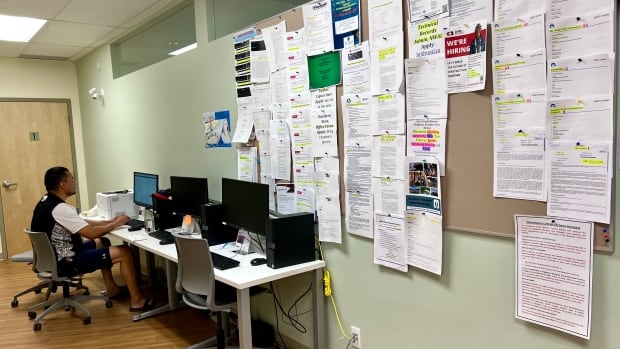 Northwestern Air Lease, an airline in Fort Smith, Northwest Territories, has cut flight schedules due to a shortage of pilots, engineers and ground staff.

This is one of many businesses in the city that have had to change their hours of operation due to a labor shortage and is an example of a labor shortage that is being felt across the country.

“The company has been around for about 60 years now, we’ve never seen such challenges in finding and retaining crew,” said airline owner Brian Harrold. “It’s going to be quite a challenge.”

Recently, Harrold hired a new pilot and spent thousands of dollars training him. About two hours after completing a training session, the pilot was offered a pilot position with an Eastern company and left.

“You spend all that time and money training them, and then the big players pick them up right away,” Harrold said. “It becomes quite a challenge to keep people, to keep operating.”

A labor shortage that erupted in Canada during the pandemic is far from over. According to Statistics Canada, there were 915,500 job vacancies in the fourth quarter of 2021. This represents a 63% increase from 2020.

Katherine Barton, spokesperson for the Department for Education, Culture and Employment (ECE), said in an email that tight labor markets were being felt everywhere as job opportunities have bounced back from the pandemic. This leaves a smaller pool of workers and higher employment rates.

“While this is good news for NWT residents looking for work, it presents significant challenges for employers looking to hire,” Barton said.

The Northern Store announced on the Fort Smith online community board last week that, to better serve the community, it is reducing store hours as it works to find needed staff.

“You deserve better from us,” wrote store manager Kevin Macdonald. “Our current workforce prevents that from happening.”

The Bank of Montreal (BMO) in Fort Smith has had to reduce its hours of operation several times over the past two years. More recently, it began by reducing opening hours to compensate for the lack of staff, which led to their partial closure for two days. Alicia Marie, a BMO service representative, said she was actively hiring and encouraging people to apply.

Other jurisdictions have responded to labor shortages by hiring foreign workers.

The federal government announced changes in the spring that would allow sectors experiencing shortages — including tourism, food production and health care — to hire more employees from overseas, and in some cases those employees can stay longer.

But businesses in areas with an unemployment rate of 6% or higher are not eligible for the NWT Temporary Foreign Worker Program.

According to the Northwest Territories Community Statistics released in 2019, Fort Smith has an unemployment rate of 10.2%.