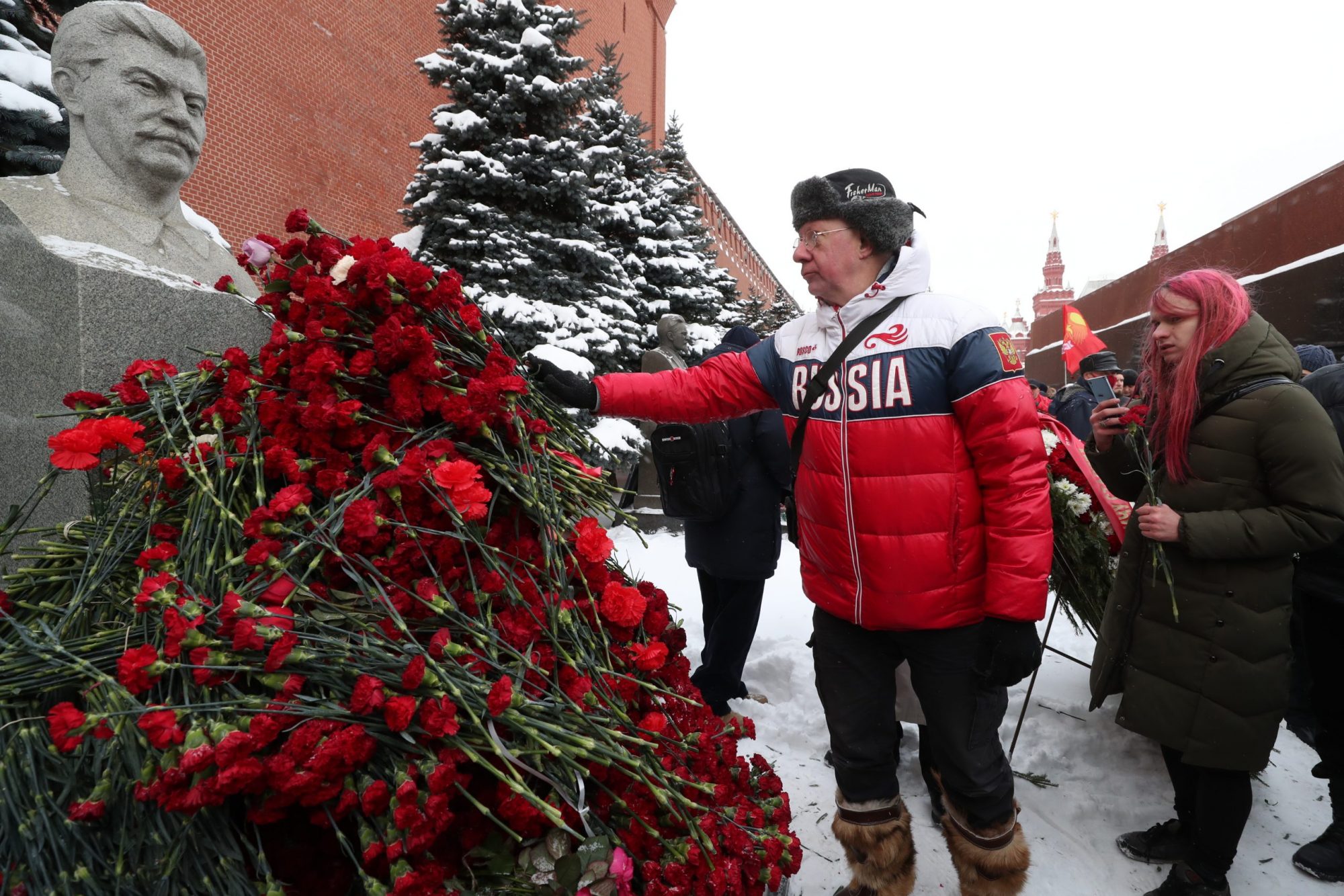 On December 28, 2021, the Supreme Court of Russia decided to liquidate Memorial International for “repeated violations of the law on foreign agents”. The decision marks a new step in the Putin regime’s efforts to silence debate on Soviet-era crimes and rehabilitate the country’s totalitarian past.

One of Russia’s oldest and most prominent human rights organizations dealing with Stalin-era repression, Memorial was previously on the growing list of civil society organizations, media and organizations. other institutions designated as “foreign agents” by the Russian authorities. This politically motivated legal framework is used by the Kremlin to stifle pluralistic debate and free speech. The closure of the vital work of Memorial is a direct attack on history and memory in Russia.

Memorial’s forced closure carries particular weight because of the organization’s unique role as a living archive of the stories, memories and experiences of the millions of people who suffered under Stalin’s purges and other periods of Soviet repression. Controlling what constitutes “historical truth” and discouraging independent research is a terrifyingly effective tactic for consolidating authoritarian power, while stigmatizing and discrediting human rights and civil society organizations.

Over the past two decades, Putin has mobilized the country’s memory politics to serve his own political interests. The Russian government forcibly twisted the arc of the country’s historical narrative to diminish the individual voices of those who suffered under the Great Terror while glorifying the Soviet Union’s role in the Allied victory over Nazi Germany. This narrative was even enshrined in the Russian Constitution in 2020.

It’s no coincidence that in recent court proceedings, District Attorney Alexei Zhafyarov attacked Memorial for its role in exposing Soviet crimes while stressing the importance of honoring Russia’s WWII heritage. World War. “Why should we, descendants of the victors, be ashamed and repent, rather than be proud of our glorious past? Memorial is probably paid by someone for this, ”explained the prosecutor.

UkraineAlert is a comprehensive online publication that regularly provides news and analysis on political, economic, civil society and cultural developments in Ukraine.

The International Coalition of Sites of Conscience, of which Memorial International is a founding member, works to ensure that the most difficult times in history are remembered and used to spark dialogue on contemporary human rights issues. Coalition members in Russia, including Memorial International, Perm-36 and Last Address, have reported increased government crackdowns targeting memory initiatives and other efforts to cultivate a space for open debate.

“Over the past ten years, there has been a step-by-step process by the government to create a universal narrative about how the country should remember the past, drowning out the voices of independent historians whose research is not not conform to this narrative,” says Natalia Petrova, director of public relations at Memorial International. “Organizations like Memorial have received signals from the government about which stories and events are okay to review and which aren’t.”

According to Petrova, one of the main themes that was originally sensitive for the state was World War II. In recent years, the list has grown to include the Holodomor (1932-1933) and the Katyn Massacre (1940).

“The government uses legislation, pressure and propaganda to shore up its narratives,” Petrova continues. “Organizations that do memory work inconsistent with the state narrative are shut down. Some historians resort to self-censorship for fear of harassment and intimidation. Society is divided and polarized due to the simplistic narratives conveyed by traditional and online media.

The Atlantic Council’s Eurasia Congress Fellowship Program aims to educate Congress staff on current events in the Eurasia region and to engage staff in the Council’s latest research. The program connects members of Congress to our broader community, which includes leading experts on Ukraine, Russia, Central Asia and the South Caucasus.

Applications are open! For questions regarding the program, please contact Shelby Magid.

Russia’s memory war extends far beyond its borders. Memorial’s closure is a symptom of a broader effort by Putin to rehabilitate the grand narratives about the USSR. These efforts coincided with the war against Ukraine. For years, the Kremlin has continued to strongly telegraph the idea that Ukraine is not a fully sovereign country with its own culture, heritage, history and language, but rather an extension of Russia.

“Russians and Ukrainians are one people, one whole,” Putin said in an essay published in July 2021. Following the annexation of Crimea in 2014, he downplayed the forced deportation of the Crimean Tatar population of more than 190,000 inhabitants of the Ukrainian peninsula under Stalin’s orders in 1944, commenting that “millions of people of various ethnicities suffered during these repressions, and mainly Russians”.

Meanwhile, the official policy of commemorating victims of political repression adopted by Russian authorities in 2015 depersonalizes Soviet-era crimes. As researcher Maria Domanska the dish, it means “to side with the perpetrators rather than the victims”.

International support for organizations such as Memorial as well as the many museums, archives, memory initiatives and documentation centers in Russia, Ukraine, Belarus and elsewhere in the region is needed more than ever as the Russian government increases the pressure on historical debate.

Cross-regional networks like the International Coalition of Sites of Conscience, as well as initiatives like the Repressed Art Archive, are key to ensuring that those working on memory in repressive contexts like Russia are not vulnerable. They also provide important tools to help prevent the destruction of archival material by the state.

Providing opportunities for the next generation of Russian historians through fellowships, conferences and fellowships will, as Petrova puts it, “ensure that those who tell the stories that are forcibly excluded from the grand narrative of the state will be able to continue their important work”. .”

It is vital that the international community, which has demonstrated outsized support for Memorial’s cause through statements, assistance and advocacy efforts, continues to draw attention to Memorial’s situation so that it remains in the news cycle.

The European Court of Human Rights has already taken up Memorial’s case by applying an interim measure to prevent the forced liquidation of the organisation. It is equally important that other institutions such as the Organization for Security and Cooperation in Europe (OSCE), UNESCO, embassies and governments support Memorial and other beleaguered organizations in Russia working to preserve the memory of the most difficult chapters of history.

Gina S. Lentine is Director of Development at the International Coalition of Sites of Conscience.

The opinions expressed in UkraineAlert are solely those of the authors and do not necessarily reflect the opinions of the Atlantic Council, its staff or its supporters.

the Eurasia Center mission is to strengthen transatlantic cooperation in promoting stability, democratic values ​​and prosperity in Eurasia, from Eastern Europe and Turkey in the West to the Caucasus, Russia and the Central Asia to the East.

Follow us on social networks
and support our work

Image: Russians attend a flower laying ceremony at the grave of Soviet leader Joseph Stalin near the Kremlin wall marking the 142nd anniversary of Stalin’s birth in December 2021. (Sergei Karpukhin/TASS via REUTERS)