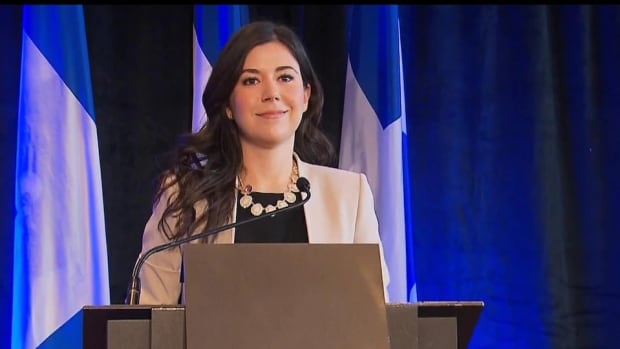 The next by-election in Marie-Victorin would first be “a test for the Parti Québécois,” said Premier François Legault when announcing his candidate in the riding, Shirley Dorismond, on March 8.

Ten days later, the leader of the Parti Québécois (PQ), Paul St-Pierre Plamondon, declared on the contrary that the election would be “first and foremost a test for the government”.

According to three experts on Quebec politics interviewed by The Canadian Press, both are right and their respective parties will not be the only ones whose performance will be scrutinized after Monday’s vote.

Marie-Victorin has been a stronghold of the PQ since its creation in 1980 and the party is fielding a star candidate, Pierre Nantel. The Liberals only managed to win the riding once, in 1984, in a by-election, and only held it for a year. Moreover, for the first time in the 2018 general election, the PQ candidate Catherine Fournier – now mayoress of Longueuil – was not re-elected with the comfortable majority to which the PQ is accustomed. Fournier beat his opponent CAQ Martyne Prévost with only 705 more votes.

“It’s a stronghold whose foundations are crumbling a bit,” said Thierry Giasson, professor of political science at Laval University. “Yes, it will be a test for the PQ because if things don’t go well for Marie-Victorin, they will have to justify themselves. It will be very worrying for them if they don’t manage to win at Marie-Victorin.”

“It is certain that, for the Parti Québécois, the issue is even more important than for the government party”, declared Alain Gagnon, holder of the Canada Research Chair in Quebec and Canadian Studies at UQAM.

“When we follow the current polls, we don’t have the impression that the Parti Québécois really has the wind in its sails, and if there were to be good news on that side, at least that could allow it to recruit interesting candidates. in other constituencies for the fall elections and that would also motivate the troops. »

According to Éric Montigny, a political scientist at Laval University, the PQ is betting big, that’s “why we feel that he is putting all his energy into it”.

“Its candidate, Pierre Nantel, enjoys a certain notoriety,” he said.

CAQ: Everything to win

Given that the other two by-elections took place at the start of the CAQ’s mandate, this one could serve as a litmus test for the Legault government.

“It’s not a stretch of the imagination to say this is a test for the ruling party, even if it’s not a constituency it won in 2018,” said Thierry Giasson.

“With the 2018 result and many other PQ ridings falling into the hands of the CAQ in Montérégie, the CAQ knows the ground is potentially fertile,” he said.

“They chose Ms. Dorismond on purpose. She is a diverse candidate who perhaps allows them to reframe certain [issues] that voters who criticize the government may have. »

“The by-election is super important to give momentum to the ruling party,” he said. “If the Coalition Avenir Québec manages to win this riding over the Parti Québécois, it will be an important vote of confidence.

Whether Dorismond wins or loses, Montigny said, the CAQ is in a win-win situation.

“The CAQ has less to lose in the sense that [the riding] is a historic stronghold of the Parti Québécois,” he said. “Any good performance can be considered positive, even in the event of a defeat. We still feel a desire from the CAQ to make efforts with a surprising candidate, a former vice-president of the Fédération interprofessionnelle de la santé du Québec. »

“It’s clear that the CAQ is trying to please the riding.”

The contest for first place will be between the CAQ and the PQ, so the stakes are much lower for Quebec Solidaire and the Liberal Party of Quebec (PLQ), which should come in third place.

Fourth in 2012 and 2014, Québec solidaire managed to overtake the Liberals for third place in the 2016 by-election, but by only four votes. Then, in 2018, the left-wing party consolidated third place with a lead of nearly 1,900 votes over the PLQ.

Québec solidaire has not yet become a threat to the PQ or the CAQ, but we will have to see if its new role as second opposition will allow it to take the lead.

Éric Duhaime: from zero to what?

The Conservative Party of Quebec (CPQ) had no candidate in 2018. The party of Éric Duhaime, which leads actress Anne Casabonne, will certainly find cause for celebration whatever the result, according to Thierry Giasson.

“Mr. Duhaime is going to say, ‘Listen, we weren’t even there, we are presenting the first candidate in the history of the party and we are coming in for 15% or 8% or 9%,’ he said.

Should we see the result of the CPQ as a barometer of what awaits us?

“Perhaps it will be indicative of the progress and capacity of this organization,” he said. “There is a lot of talk about the 57,000 new members of the Conservative Party… Will this translate into ballot box support on Election Day?

“They are presenting a candidate who also enjoys some notoriety, for better or for worse,” he said. “The challenge for parties like the Conservative Party, an anti-system party, is to get the vote out, and that will be interesting to compare with the polls.”

Eight polls have been conducted since the start of 2022, giving Éric Duhaime’s party between 9% and 19% of voting intentions, except for a Mainstreet poll which gave him 24%. Any result below 9% could be considered a difficulty in conveying voting intentions to the polls.

Above all, the CAQ will closely follow the result of the Conservatives, declared Alain Gagnon.

“The space occupied by the ADQ [Action Démocratique du Québec] and the Coalition Avenir Québec is liberated, and the right would be more easily mobilized by Éric Duhaime’s Conservatives. A strong result would be an indication that there are regions, for example the Beauce or the Quebec region, which could consider voting for the Conservatives. »

The arrival of Martine Ouellet, leader of Climat Québec – the new party she founded, is also to be watched.

She is from the South Shore and has roots in the riding, said Éric Montigny.

“What will be interesting in her case is to see if she manages to recover some power for the Green Party, which is in disarray in Quebec,” he said. “There is an opening for her.”

Thierry Giasson thinks that Ouellet does not have the necessary organization to stand out, let alone win a by-election.

“But it has a pretty significant local presence,” he said. “She is known… She was a minister in a government, so she enjoys professional recognition and credibility.

At the same time, he says, she’s had a rocky career, and some voters may have trouble understanding her goals.

For Alain Gagnon, Ouellet has no chance.

“I don’t think she will win much,” he said. “[Her running] allows an additional point of view to be expressed and then she will have to draw her own conclusions from the little popular support she is likely to receive.”

Éric Montigny does not think she will bow out easily.

“Her career has not accustomed us to seeing her throw in the towel,” he said. “I guess she expects to perform well. At the same time, whatever the outcome, if she is determined to build this greener political path, I don’t think she will demobilize.”

Ultimately, Montigny said, it would be unwise to draw many conclusions based on the by-election.

“In this case, the by-election is very close to the general election,” he said. “It’s interesting to see what will come out of it, but it’s still a by-election and that doesn’t mean the result will have a major influence on the legislative elections.”