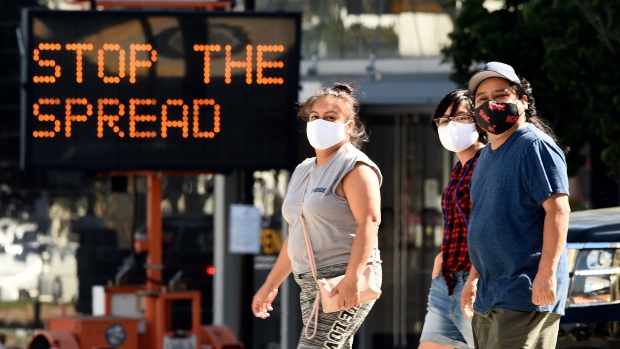 TORONTO – As COVID-19 cases tend to decline in Canada, most of the country is now reporting lower infection rates than all U.S. states.

The latest data available from CTVNews.ca’s interactive tracker shows that the Yukon is currently the top-ranked Canadian region for the number of COVID-19 cases per capita, ranking 8th out of 64 U.S. provinces, territories and states. The other Canadian provinces and territories are ranked 38th or less.

Based on the data, this is a significant change from two months ago, when Canada reported its highest seven-day case average in Wave 3.

At the time, Canada was reporting an average of more than 8,700 cases per day. This resulted in a progression of Canadian provinces in the rankings, with Alberta and Ontario being one of the top 10 regions in Canada and the United States with the highest daily average of cases.

Alberta even led all regions for the highest average of cases in the first two weeks of May before Manitoba took first place for a full month.

Now, the seven-day national average of COVID-19 cases in Canada has fallen to 380.

Manitoba was also in the bottom half of the list in 36th place on Thursday, averaging 37.4 cases per day per million people. This makes Manitoba the second highest ranked region in Canada after the Yukon. Followed by Manitoba, Saskatchewan ranks 48th with an average of 21.6 cases. The other Canadian provinces and territories have less than 11 cases on average per day and occupy the bottom 10 places.