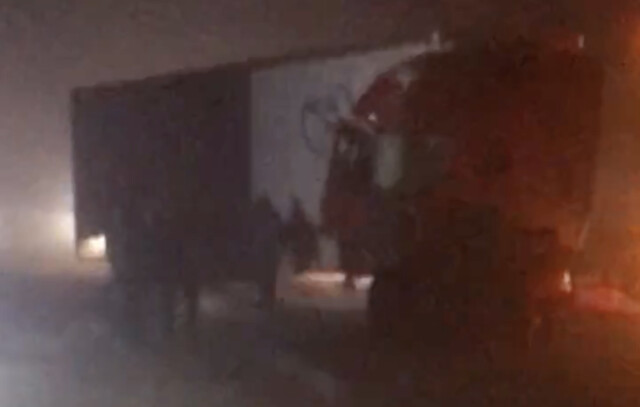 The Trans-Canada Highway is expected to reopen before noon following multiple incidents overnight.

DriveBC reports an estimated reopening time of 10.30am east of Revelstoke, where several tractor-trailers crashed overnight in freezing conditions.

East of Sicamous, the highway is expected to reopen at 11:30 a.m. after traffic was halted in the community of Shuswap following an accident in Glacier National Park.

Several tractor-trailers were reportedly jackknifed and crushed on the Trans-Canada Highway east of Revelstoke.

Brian Prochnavy contacted Castanet to share what he described as a “massive pile-up of tractor-trailers” on the freeway overnight.

Prochnavy says he could barely stand on the road, there was so much ice late Monday night.

He says it’s lucky no one was killed in these “unfair” conditions.

The crash scene is about 10 kilometers outside of Revelstoke.

At 5:45 a.m., DriveBC reported a vehicle incident between Revelstoke and the eastern boundary of Mount Revelstoke National Park and that the highway is closed.

No detours are available.

DriveBC also reports an accident scene in Glacier National Park and that the highway is closed 26 kilometers east of Sicamous to Golden.

Traffic in progress at Sicamous and Golden.

The highway had been closed for several hours for avalanche control work Monday evening.