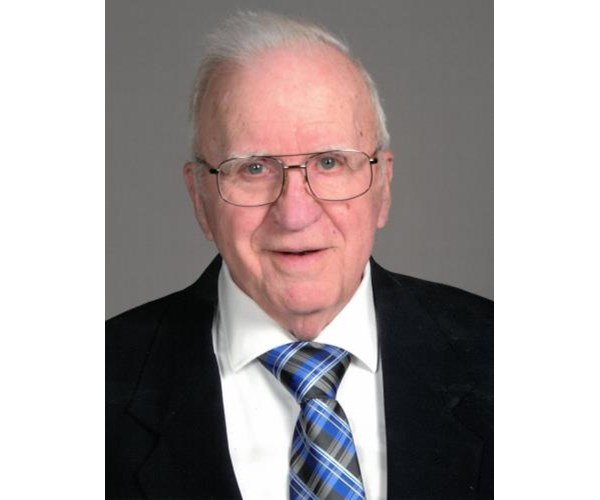 The record of his life includes his birth in 1934 in Leesport, Pa, the first child born to George and Emma (Lesher) Kershner, graduating in 1952 from the old Ontelaunee High School, in 1956 from Franklin and Marshall College (Lancaster, Pa. ), and 1959 from Lancaster Theological Seminary.

It was while serving in Warminster that he received a call to oversee the Philadelphia Protestant Home for the Aged (PPH), an interdenominational organization then serving approximately 110 residents. The industry was changing with increased government regulation—Nevin was one of the first to obtain Pennsylvania’s retirement home administrator license—and the growth of for-profit businesses providing additional options to what was then the “retirement home”. Over the next 25 years, PPH evolved to add additional levels of nursing care and independent (apartment-style) living, growing to over 500 residents while continuing PPH’s historic promise that no resident would have to leave if he exhausted his funds.

Serving PPH was his calling and his pulpit, allowing him to remain active in the United Church of Christ’s Pennsylvania Southeast Conference and its Philadelphia Association, serving and leading several committees over the years. He was also a familiar face in local churches, serving in supply and interim positions and, more frequently, providing Sunday coverage when needed.

Before retiring, Nevin joined the Phoebe Organization to turn its new Slate Belt Nursing and Rehabilitation Center (Bangor, PA) into a non-profit organization.

His professional career has also been blessed by his participation in several community organizations. As a young man, he was active in Salem (Belleman’s) Church-sponsored Boy Scout Troop 154 ​​(Dauberville, Pennsylvania), achieving the rank of Eagle Scout and, later as an adult, serving as a leader troop scout. In the 1970s, he served as Scoutmaster of Boy Scout Troop 226 in Philadelphia, where his sons were members, each also achieving Eagle Scout rank, followed by five grandsons achieving Eagle rank. He received the Silver Beaver Award for his additional work with the Philadelphia Council and the council’s Frontier District.

He was an active member of the Pennsylvania Association of Non-Profit Homes for the Aging (PANPHA) and its chapters, and at various times served as a volunteer firefighter, treasurer, and bingo organizer with the Washington Township Volunteer Fire Company, ( Bangor, Pa.).

Nevin is survived by his four children: Reverend Barbara Kershner Daniel (Kenneth), David (Rhonda), Timothy (Debbie) and Thomas (Denise), eight grandchildren and three great-grandchildren, his sister Jean Grim ( Robert), many cousins ​​and other relatives who will miss him, as well as his old family stories and maybe even his jokes at their summer get-togethers

Visitation is scheduled for Thursday, March 17 at 11:00 a.m. at St. Paul’s United Church of Christ, Robesonia, Pennsylvania, followed by a memorial service at noon. A light lunch will follow in the church’s Miller Fellowship Hall. In lieu of flowers, Nevin asked to be remembered with gifts to Lancaster Theological Seminary, 555 West James Street, Lancaster, Pennsylvania. It also encourages you to remember the pastors of your local church, their families, and all those in the community who serve our voluntary fire. businesses and all first responders.