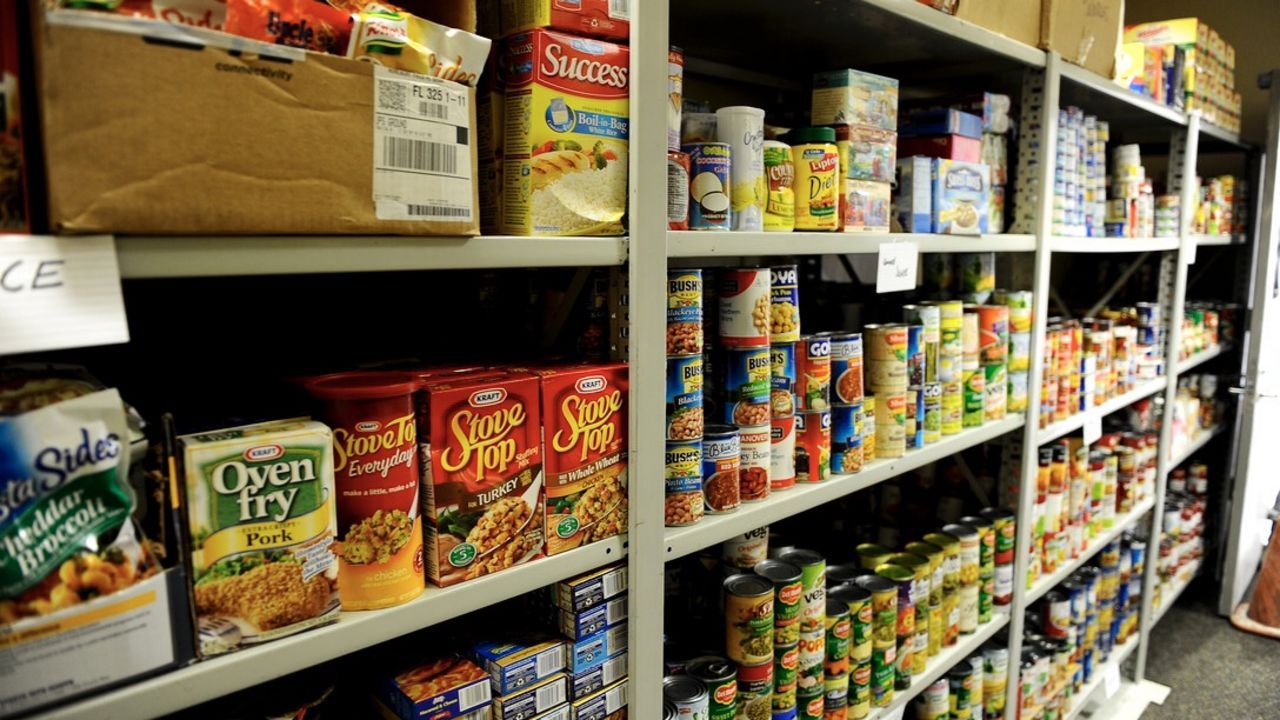 The survey, conducted by Mainstreet Research, shows that one in five Canadians, or about 7 million Canadians, now say they are hungry. . The percentage of those earning less than $50,000 a year who ate less was almost double the overall average.

Food banks across Canada typically see a drop in demand during the summer months, but this year there have been no signs of it slowing down. “Food banks in most parts of Canada are experiencing an influx of Canadians visiting food banks for the first time – a number that has increased by as much as 25% in some areas, something we haven’t seen in the last first few months of the pandemic,” said Kirsten Beardsley, CEO of Food Banks Canada.

“The biggest sign that inflation is having a serious impact on hunger and food insecurity in Canada is that the reasons people say they go to food banks are changing,” Beardley noted. . “In the past, people turned to food banks in times of job loss or because of a drop in wages, but over the past six months Canadians are telling us they are running out of money to feed themselves due to rising housing, gas, energy and food costs.

Statistics Canada reports that consumers paid 9.7% more for groceries in April compared to a year ago, the largest year-over-year increase since September 1981. Pasta prices have increased by 19.6%, cereal products increased by 13.9%, bread increased by 12.2% and fresh products the cost of fruit jumped by 10%.

Speaking to CBC News, Breanna Cordeiro of Oakville, Ont., said rising gas prices combined with stagnant wages have forced her family to find ways to save. “When you look at budgeting, it’s like, where can we make cuts?” she says. “And unfortunately, sometimes it has to be food.” Opting for more meatless meals and stocking up on groceries based largely on what’s on sale is going so far, but even then the mother-of-two said it can be difficult . “The flyer comes out every Wednesday or Thursday, and it’s like, ‘Is this on sale? Is this the sale price? This is what you were paying full price for, even six months ago,’ she said.

The Stop Community Food Centre, a food bank in Toronto, cannot keep up with the growing number of people arriving at its doorstep hungry and has been forced to reduce the amount of food it gives to each person. The food bank’s three locations currently serve around 400 meals a day, a 40% increase from 2019. During the pandemic, it allowed families to shop twice a month, but they were forced to change this policy. Maria Rio, director of development and communications, told The Breach: “With the cost of food and the increase in new customers, it has become increasingly difficult to maintain, so we have returned to access monthly per household”.

The grocery sector in Canada is monopolized by five major corporations: Loblaws, Costco, Sobeys, Metro and Walmart, which control over 60% of retail food sales. All the major chains have squeezed their customers and employees. David Macdonald, economist at the Canadian Center for Policy Alternatives (CCPA) reports that grocery stores “reported $7.3 billion in pretax profits in 2021.” That’s “more than double what they were eliminating the year before the pandemic,” according to Macdonald.

Soaring corporate profits on the one hand and stagnating wages for workers on the other while the cost of food and other necessities are not simply the product of economic forces, but the intended result of policies pursued by establishment political parties and trade unions for decades.

Unions have forced one set of concessions after another on workers, while systematically sabotaging their struggles against real wage cuts, the elimination of benefits such as cost-of-living adjustments and the destruction of jobs. . All political parties, from New Democrats on the “left” to Conservatives on the right, presided over a deregulated, low-tax regime that proved to be a boon for the super-rich and big business.

These longstanding developments have been dramatically accelerated by the COVID-19 pandemic. The federal Liberal government, backed by unions and the NDP, overnight handed over $650 billion to financial markets and big banks to protect their immense wealth, while forcing workers to stay on the job in unsafe conditions while that the deadly virus was spreading.

With inflation soaring in recent months, workers have fought against the straitjacket imposed by unions and led militant struggles for higher wages and better working conditions. These struggles include 40,000 construction workers in Ontario, more than 20,000 public sector workers in New Brunswick and Canadian Pacific railroad workers.

Aware of rising anger among working people, New Democrats have absurdly sought to portray themselves in a series of demagogic statements as friends of working people.

On June 8, New Democratic Party leader Jagmeet Singh posted a video on TikTok and Instagram of himself speaking in the House of Commons about the struggle facing growing numbers of working people to feed themselves. “One in four Canadians in this country is hungry because they can’t afford to buy groceries. At the same time, companies are making record profits. They break record after record. Our plan is to tax excess profits,” Singh said.

No one can take such a cynical attitude seriously. Singh’s NDP has supported the minority Liberal government since 2019 with the full backing of the union bureaucracy. He supported the Trudeau government’s bailout of the super-rich at the start of the pandemic and the back-to-work campaign, which sought to make workers pay for the hundreds of billions of dollars made available to banks and big business. . At the same time, all NDP MPs supported Liberal budgets that included billions of additional dollars in funding for Canada’s military.

In March this year, the NDP signed a “confidence and supply” agreement that will keep the minority Liberal government of Justin Trudeau in power until June 2025. The NDP and its supporters in the unions have explicitly welcomed the agreement as necessary to ensure “political stability”. “, allowing Canada to continue to play a major role in the war of the imperialist powers against Russia.

As the WSWS explained at the time, “the specific task of the NDP and its labor allies will be to suppress labor struggles, while providing liberals with ‘leftist’ cover as the government pursues imperialist aggression. and looks to renewed austerity and “thrift” – a euphemism for a range of business-friendly policies, from deregulation to privatization.

The inflation rate has been soaring for more than a year as the economic costs of failure to end the pandemic and massive handouts to wealthy corporations are imposed on the working class by the policies of the ruling elite . For more than two years, the NDP has worked with unions and the Liberals to suppress strikes and reject legitimate wage demands, while promoting Canada’s imperialist ambitions around the world.

Yves Giroux, the Parliamentary Budget Officer, recently released a report indicating that the federal government would need to spend an additional $75.3 billion on defense over the next five years if Canada is to meet the NATO goal of devote 2% of its GDP to defence. Based on government figures, Giroux expects Canada’s total military spending to rise from $36.3 billion in fiscal year 2022-23 to around $51 billion in 2026-27.

Despite Singh’s blasphemy about corporate taxation, his party is the fifth wheel of a government that is committed to ensuring that the funds needed to fund Canada’s massive rearmament program will come from the gutting of what is left of the social safety net and increased exploitation of the working class.

An ‘example from the heart of Hamilton’: this eastern resident grows food to help feed his neighbors