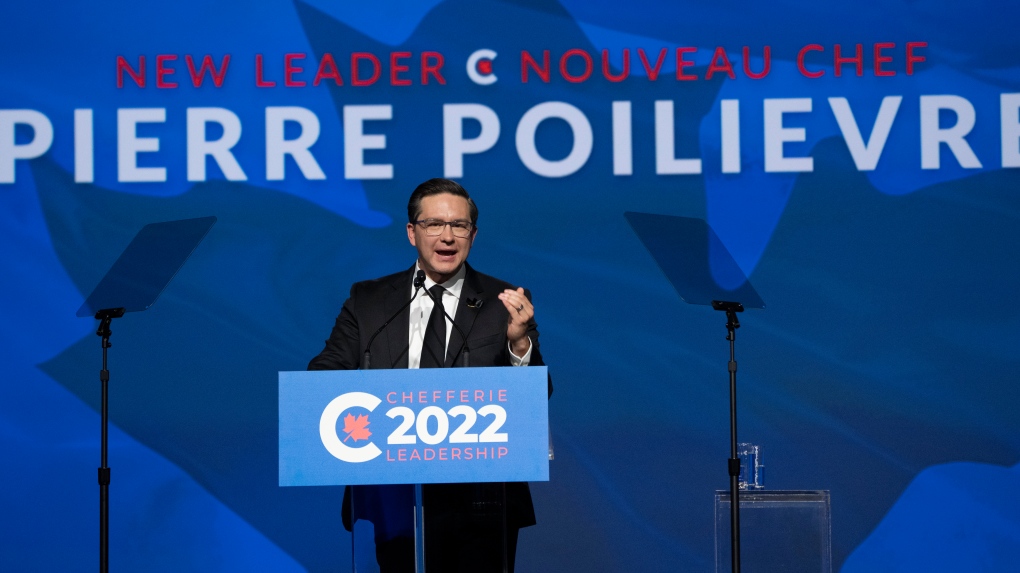 It’s a bold experiment for conservatives – overwhelmingly electing a fire-breathing far-right leader and expecting enough voters to gravitate towards him to win a federal election.

That was not the case with post-Harper leaders Andrew Scheer and Erin O’Toole, who shifted right-wing positions to the mainstream in what has become a futile effort to find broader voter support.

But there will be no dithering in the political winds of winning Conservative leader Pierre Poilievre; no pivoting to a kinder, softer, mushy middle to win over voters. It’s just not in Poilievre’s DNA.

That makes Saturday’s dominant leadership victory (with 68% of the vote) the easy part of Poilievre’s ultimate goal of becoming prime minister.

The baby-faced, 43-year-old partisan pit bull now faces an even tougher test to reposition himself at the helm of a viable government-in-waiting.

His next quest has plagued conservatives and even majority-seeking liberals for the past two decades: Where to find the crucial 5% boost in electoral support needed to win a federal election?

It is not a simple search. His oratorical assault on elites, gatekeepers and the ArriveCAN app easily inflames those fed up and frustrated with Justin Trudeau’s preaching and open response to all politically correct causes.

But clustering the votes further to the left politically and further east geographically would seem like mission impossible, especially since the issues he attacks are now losing their appeal.

Poilievre is concerned about the “justinflation” which is decreasing slightly thanks to a bank of the governor he wants to fire. Meanwhile, the cryptocurrencies Poilievre advocated as a safe monetary alternative are in the dumpster and the illegal “freedom convoy” he backed to protest the vaccine mandates he opposed is a repressed memory unlikely to be revived.

And then there is his party unity problem.

As he delivered a chic outreach to rival camps on Saturday night, lasting damage was done to the party’s progressive wing after his campaign rivals spoke trash as unworthy conservatives from the opening bell of this seven-month leadership fight. You can bet Jean Charest, second and distant, and his pathetic 16% of voting members won’t lift a finger to help a party led by Poilievre. Already.

This suggests that we will see an official opposition that is a reformist reincarnation – and that will be a tough sell in urban areas of Ontario and British Columbia, a seat expansion challenge in Quebec and will register growth at best modest amount of support for Atlantic Canada.

All is not lost, of course.

The Liberal government is failing to deliver basic services on several fronts, has released budgets that are fueling inflation, and is led by a Prime Minister whose popularity is at rock bottom. This government seems determined to defeat itself.

Poilievre, for his part, will be a masterful leader of the opposition, slicing and dicing the Liberal Trudeau cabinet with devastating jokes and clips about the government’s economic failures and working class disappointments, many of which have been nicely announced in his fiery victory speech.

Anyone watching Question Period from next week will see its deliciously entertaining gutting of Justin Trudeau, which will contrast favorably with a Prime Minister pretending not to hear his questions as he reads staff-drafted responses.

And with two-thirds of the Conservative caucus behind him and this massive congressional victory, Pierre Poilievre will no doubt get something Scheer and O’Toole didn’t – two election campaigns before the party does its usual routine of dumping of the losing leader.

But its longer-term success depends on its influence on the indefinite, unpredictable and risk-averse voters of central Canada and British Columbia, who usually baptize the winner of the election and do so while sticking to their controversial positions.

If those voters don’t pivot to wield Pierre Poilievre, well, congratulations to the Conservatives — you just voted yourself four more years or more in the Official Opposition.

This is the bottom line.