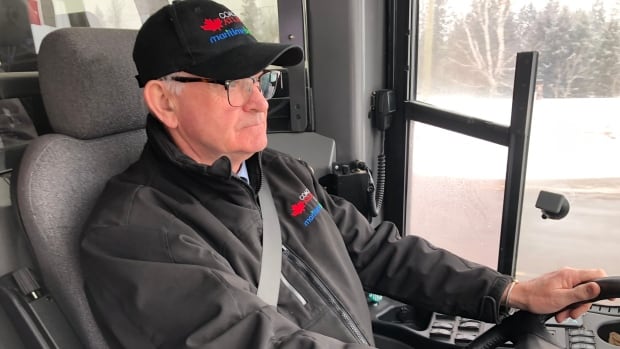 Provinces participate in maintaining rural bus lines in the Maritimes

After two years of substantial losses, an interprovincial bus service that connects rural parts of the Maritimes will be able to continue operating its rural and northern routes thanks to new funding, the owner of the private service operator said.

Mike Cassidy, owner of Maritime Bus, said his company provides an essential service, and the combined $900,000 from the governments of Nova Scotia, New Brunswick and Prince Edward Island shows him that the provinces agree.

“It’s nice to feel needed and it’s nice to feel wanted,” Cassidy said, adding that the COVID-19 pandemic has been “very difficult” for passenger service businesses like his.

The funding will help the company cover some of the millions of dollars in losses incurred over the past two years and prepare for a rebound in tourism, the provinces said in news releases Tuesday.

Cassidy said the lack of multi-day travel bookings by cruise ship passengers during the pandemic has been particularly crippling.

“It’s more than half of our business and it’s gone over the last two years,” said Cassidy, who also owns Coach Atlantic Group, the parent company of Maritime Bus.

“Next week will be the arrival of the first cruise ship, and it’s looking good at this point.”

Cassidy said he hopes revenue from this year’s tourist season could be 90% of what it was in 2019.

Nova Scotia and New Brunswick will each contribute $400,000 to the venture, while Prince Edward Island will provide $90,000. The Nova Scotia news release indicates that provincial contributions are proportional to the number of kilometers traveled by the service in each province.

“Maritime Bus provides an essential service to connect our communities and our province, and connects our province to our neighbors in the Maritimes,” Kim Masland, Nova Scotia Minister of Public Works, told reporters on Tuesday.

Cassidy said plans to add clean diesel and electric vehicles to its fleet are underway. He added that the company will soon be ordering electric buses for its municipal operations in Prince Edward Island, but that these vehicles are not suitable for interprovincial travel.

“There’s not quite the range in a big coach from the battery,” Cassidy said. “And also [with] the space taken up by these batteries, you especially lose your storage box under the bus.”

He said Maritime Bus will continue to monitor developments in technology as he would like to have one of the first fully electric coaches when possible.

In the meantime, he said, the company’s goal over the next year is to explore the possibility of reducing its reliance on fossil fuel-based diesel by switching to biomass-derived diesel.