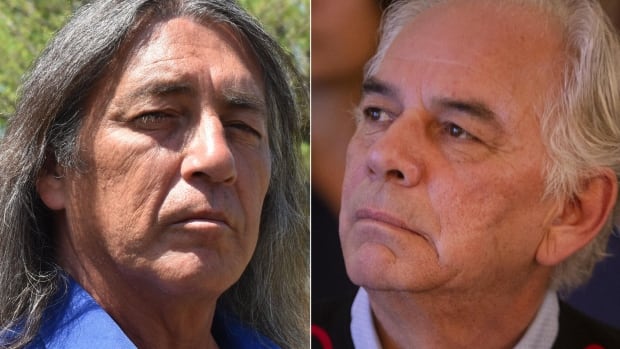 The First Nations of Quebec and Labrador could soon have a new regional representative. The Assembly of First Nations Quebec-Labrador (AFNQL) is holding regional chief elections on Tuesday.

Two candidates are in the running. Serge Simon, the former Grand Chief of the Mohawk Council of Kanesatake, hopes to wrest the post from incumbent Ghislain Picard.

“I understand the chefs at the table better, because I know what they go through on a daily basis, I know the criticisms, the scars they have. I have the same ones,” Simon said.

Picard, an Innu from the community of Pessamit, Quebec, has held the title since 1992. He has run unopposed for six of his 10 terms.

“The election and the process leading up to it really came down to one question,” Picard said. “Does the AFNQL stay with the voice it has or does it change it?

Picard said he is confident about this election and he thinks the leaders are happy with his performance and the direction in which the assembly is heading.

Picard said one of his priorities if re-elected will be to assist First Nations leaders in Quebec and Labrador in their efforts to recover from the COVID-19 pandemic.

“We need to provide the best possible support to make sure they adjust and adapt, and make a positive transition as we hope to get out of this,” he said.

He also said he looked forward to continuing to work with the provincial and federal governments on self-government issues.

Shake up the status quo

Simon said it was difficult deciding to run against someone who already knew all the chiefs very well. But, he says, his experience as a high chief of Kanesatake could come in handy.

“I decided that I still had a lot to offer the leaders of Quebec, in terms of political knowledge and some successes and some failures that I learned valuable lessons from,” he said.

Simon said he believes the AFNQL is ready for some changes. He proposes that the First Nations of Quebec and Labrador broaden their horizons.

“I want to bring the AFNQL to, I guess, a little higher level on the international scene,” he said.

For example, he said he wanted to partner with indigenous political organizations in the United States, South America, New Zealand, Australia and any other country colonized by the British Empire.

Simon said establishing these international connections is an important way for First Nations to assert their sovereignty and can lead to economic partnerships and development.

Both Simon and Picard have said they are keen to promote the participation of Indigenous women in the public sphere.

Created in 1985, the AFNQL is a political organization made up of 43 chiefs of the First Nations of Quebec and Labrador.

Regional Chiefs are elected for a three-year term. Only band council chiefs or their designated representatives can vote for them.

A mouse tears up a rugby pitch in England