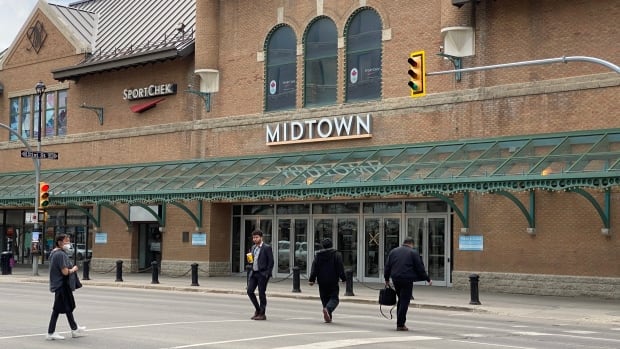 The Pitchfork Market + Kitchen grocery store that Arbutus Properties is planning for the Midtown Plaza mall would include a full-service store and a 100-seat licensed restaurant, with ready-to-go meals.

Its opening is tentatively scheduled for winter 2023.

“There aren’t a lot of grocery options for the surrounding downtown communities, so we think Pitchfork can fill that need and fill that void, especially with the closure of Loblaws on Broadway. I think this left another hole that Pitchfork could fill,” said Murray Totland, director of planning at Arbutus Properties.

A grocery store in the city’s downtown has long been a priority for the council. Academics have called downtown Saskatoon a food wasteland, with few options for residents.

Saskatoon Mayor Charlie Clark voiced his support for the proposed recommendations ahead of Tuesday’s final vote.

“It’s very exciting. It’s very crucial. And it comes at a time when downtown has been hit pretty hard, obviously, by the impacts of the pandemic. And businesses are just looking for hope and survival. and want to know there is a strong future downtown,” Clark said.

Council also voted unanimously to approve a new partnership between the city and the YMCA of Saskatoon to operate the new East Side Recreation Center.

The YMCA and the city will help manage the new facility, which is expected to be built in the Holmwood area of ​​the city, with a targeted opening date of 2028.

Engagement on the project will begin in late 2022 or early 2023. Members of the neighborhood community will be involved in the conversation.

The duration of the partnership will be approved by the board in the future.

The new recreation center, which would include a swimming pool and exercise area, would accept city recreation cards as well as YMCA memberships. Membership holders could access additional programs at the facility.