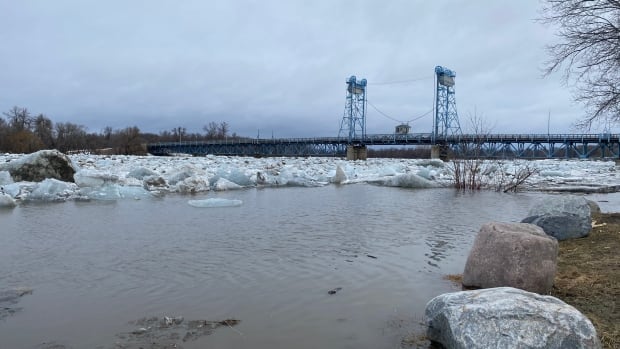 The Selkirk Bridge is closed until further notice due to water from the Red River covering parts of Highway 204, the City of Selkirk said in a tweet Tuesday afternoon.

The city also tweeted later on Tuesday that it temporarily close Selkirk Park, which is on the Red River, as an added precaution, as it builds a preventative dyke at the park’s boat launch.

Currently, the risk of flooding along the Red River is moderate, the city’s website says.

Earlier Tuesday, the Province of Manitoba issued a flood warning for areas around Morris and Saint-Jean-Baptiste, as well as a flood watch for Emerson in Saint-Jean and Morris in the entrance to the Red River Floodway, just south of Winnipeg.

🚧 The city has just received a notice that the Selkirk Bridge is closed until further notice due to high water levels on Highway 204 on the east side of the river.

The only impact on Selkirk is the closure of the bridge.

Water levels are expected to peak between Emerson and the entrance to the Red River Floodway between April 8 and April 15.