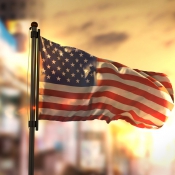 Seneca to certify Appalachian gas as a responsible source

Seneca to certify Appalachian gas as a responsible source

Houston-based Seneca Resources announced on Sept. 7 that it is certifying 100% of its gas production in the Appalachian region as responsibly sourced under Equitable Origin’s EO100 standard.

EO100 defines a set of environmental, social and governance (ESG) performance standards that gas producers must follow. As part of the certification process, an independent assessor assesses companies’ adherence to these standards in terms of corporate governance and ethics, social impacts, human rights and community engagement, rights of indigenous peoples, occupational health and safety and fair labor standards, and environmental impacts, biodiversity and climate change.

Seneca launched the process in May and plans to complete it early next year. Company President Justin Loweth said the certification “would allow us to differentiate our natural gas production in the market.”

â€œThe increased interest in ESG disclosures from the investment community and other stakeholders provides Seneca with an opportunity to continue to showcase the quality of our assets, our innovative processes and our continued investments in protecting the environment. ‘environment,’ he said.

Seneca is the exploration and production arm of National Fuel Gas Co.

A number of other US and Canadian gas producers are seeking EO100 certification. The latest company to announce such a decision was Pacific Canbriam Energy, which said it would certify the gas to be supplied to the planned Woodfibre LNG terminal on the west coast of Canada.