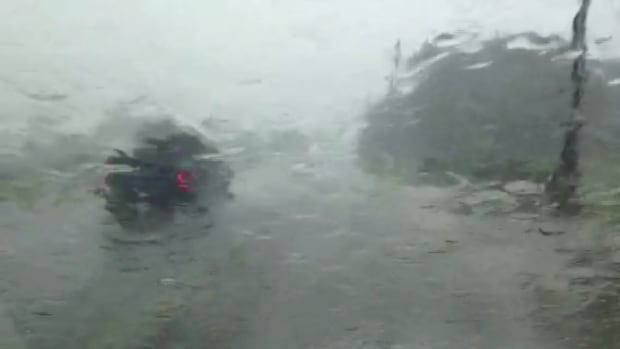 Severe thunderstorms could bring 50-75mm of rain, funnel clouds to Windsor-Essex on Friday

Severe thunderstorms could bring 50 to 75 millimeters of rain and funnel clouds to Windsor-Essex and Chatham-Kent on Friday afternoon, according to an alert from Environment Canada.

The weather agency issued a severe thunderstorm warning for the areas on Friday and said the group of thunderstorms extended from Chatham to the LaSalle and Windsor areas.

He said “heavy” amounts of rain are possible, with showers likely to cause flash flooding and water pooling on roads.

“If visibility is reduced while driving, slow down, watch the taillights in front of you, and be prepared to stop. Fast-moving water on a road can wash away a vehicle,” the alert reads.

It also states that funnel clouds are created by weak rotation that develops under “fast growing clouds or weak thunderstorms”.

The alert says that these weak rotations are normally not dangerous near the ground, but “there is a chance that this rotation will intensify and become a weak landspout tornado.”

This is one of several severe thunderstorm warnings and watches that have been issued for the region in recent weeks.

The region is also under a heat warning for this coming weekend. According to Environment Canada, temperatures are expected to climb in the 30s.