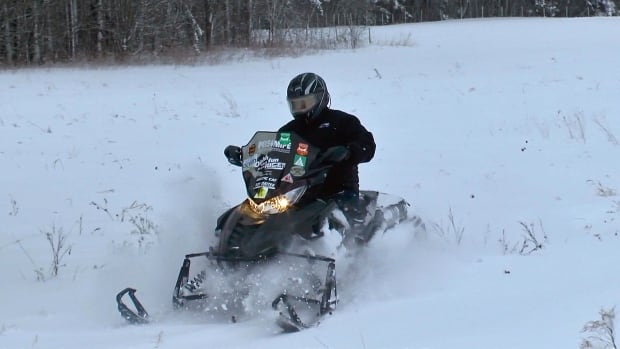 Over the past 10 years, the Ontario Provincial Police has seen a decrease in the number of snowmobile fatalities in the province.

So far in 2022, the OPP has investigated 13 deaths on frozen trails and lakes in Ontario, said Sgt. Paul Beaton, provincial snowmobile program coordinator. Last year, that number was 15.

In northeastern Ontario, there have been five fatalities involving snowmobiles this winter, compared to two in 2021.

“I would say one is one too many,” Beaton said.

Last weekend, the OPP Eastern Region SAVE Team was patrolling the trails in the Temiskaming Detachment areas. 300 MSV checked. 37 charges laid. A moose also came to visit us. Thank you to all the riders who drove safely and wore the gear #security appropriate ! #snowmobilesafety ^js pic.twitter.com/vIzziUKCMj

While it’s hard to say where the decrease is coming from, Beaton said he’d like to think it was partly related to messages from police.

“It could just be an anomaly, but it’s hard to measure our success when we’re getting a lot of messaging across the province,” he said.

“We would like to think that every time we do this it will resonate with at least one person and that one person receiving the message is a success for us.”

According to statistics, the main contributing factors to snowmobile deaths are speed, alcohol and driver ability.

“Year after year, speed is the leading cause of fatal snowmobile collisions,” Beaton said.

According to OPP statistics, 40% of these deaths occur on or near frozen waterways.

“Our fatality data sends a clear message that snowmobilers who speed and drive while impaired by alcohol or drugs, as well as those who dismiss our warnings that no ice is safe, are tipping the balance towards a tragic outcome to their conduct,” he said. added.

“We want cyclists to have a safe and enjoyable experience on the trails this winter, but also remind cyclists to ride within their limits, exercise caution and control, and always check the interactive trail guide for information. updates on trail availability,” said Ryan Eickmeier, general manager of the Ontario Federation of Snowmobile Clubs.

We do not consider them as statistics. They are human beings. They are your friends and family and one is too many for us.– Paul Beaton, Provincial OPP Snowmobile Program Coordinator

“We don’t think of them as statistics. They’re human beings. They’re your friends and family and one is way too many for us,” Beaton said.

“Our ultimate goal is to have zero.”

Ontario Provincial Police officers will continue to patrol the snowmobile trails or will be stationed at the trailheads until winter conditions permit.