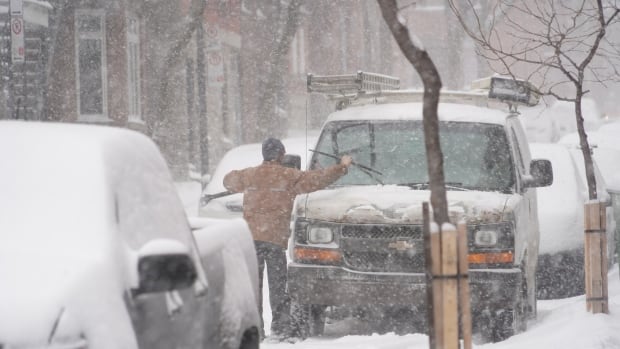 Schools in northern and central New Brunswick are closed because the weather forecast calls for between 15 and 30 centimeters of snow.

The warnings indicate that snow will begin to spread across the southwestern to northeastern province from late Wednesday morning. Snow should become heavy at times on Wednesday afternoon.

Environment Canada says the greatest amounts are expected in parts of Restigouche County, where up to 30 centimeters of snow could fall.

Due to the impending storm and road conditions that have started to worsen, ASD-W schools will close at noon today.

Parts of central New Brunswick are expected to receive freezing rain Wednesday afternoon before the precipitation turns to snow overnight.

“All precipitation will decrease from west to east by late night,” the warning said.

Environment Canada has also issued a winter storm warning for Woodstock and Carleton County, as well as the areas of Stanley, Doaktown and Blackville. These types of warnings are issued when several types of severe winter weather conditions are expected to occur together.

In these areas, Environment Canada forecasts 15 to 25 centimeters of snow and freezing rain for a period of three to six hours.

The warning says the snow will start late Wednesday morning and then mingle or change to freezing rain or ice pellets in the afternoon.

“Precipitation will return to mostly snow late this evening before ending Thursday morning,” the warning said.

“Surfaces such as highways, roads, driveways and parking lots can become difficult to navigate due to snow accumulation. Ice build-up can cause tree branches to break. “

Weather watches for the rest of the province

For other parts of the province, including Saint John, Environment Canada has special weather reports in effect.

“Some inland areas may experience an extended period of freezing rain during this transition,” the statement said.

The rain is expected to return to snow Wednesday evening before easing from west to east.