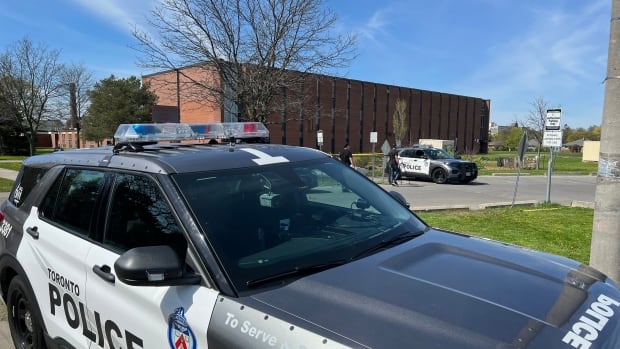 A 17-year-old boy was rushed to hospital after a shooting in the parking lot of an east Toronto high school on Thursday, police say.

Police were called to Victoria Park Collegiate Institute around 11 a.m. to reports of gunshots. They arrived to find bullet casings in the school parking lot.

The victim was found in the nearby neighborhood of Lawrence Avenue East and Don Mills Road with non-life-threatening injuries, police said.

The school was closed for much of the day as officers scoured the area seeking information from students who may have witnessed the shooting.

According to Toronto District School Board spokesperson Ryan Bird, the victim was a grade 11 student.

“Obviously we are very grateful to hear that he is now recovering in hospital and we are thinking of him and his family,” Bird told CBC News.

“When something like this happens mostly during the day, right on school property in the parking lot there, it’s obviously concerning,” Bird said.

Toronto Police Const. Laura Brabant told CBC News there was no word yet on a possible suspect.

The shooting comes just months after 15-year-old Maahir Dosani was killed in a triple stabbing at the same school after a fight on the track.

Bird said there was no reason to believe there was a bigger safety issue at the school or a need for bigger measures.