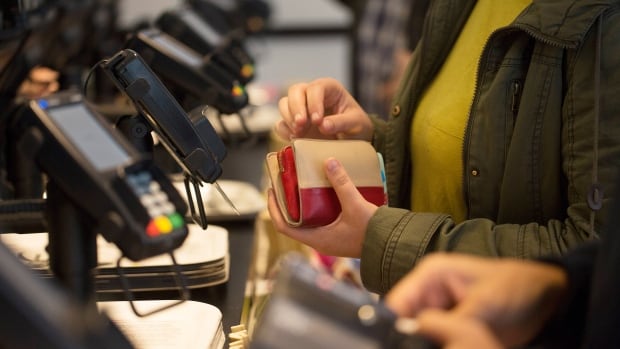 Tipping can be “confusing and problematic.” So why are we still doing it?

As co-owner of a restaurant in East Vancouver, Jackie Avery spent more time than most thinking about tipping.

But even she admits she doesn’t know what to do with a growing number of businesses offering the option of tipping staff.

Avery says she’s developed a basic rule of thumb: When a coffee shop, takeout restaurant or other business offers a tipping option on the POS terminal, she adds 20%.

“If there’s a tip option there and there’s a 20% option, I choose that,” she said. “I have no idea. I’m confused by the protocol, as I imagine many of us are feeling it right now, as more and more tipping options appear in more irregular places. “

At the start of the COVID-19 pandemic, the practice of tipping became a topic of conversation as customers sought to recognize workers who continued to work under difficult circumstances. Rising inflation is now forcing many consumers to rethink their spending habits, including the amount and frequency of tips.

Jennifer Grant, a Kelowna-based business etiquette consultant, says tipping is a practice that, at least in North America, is both universal and deeply personal. For Grant, tips are an opportunity to show gratitude.

“My personal philosophy is that I’m always aware that I want to reward or appreciate someone for great service or for going the extra mile,” she said.

Simon Pek, assistant professor at the University of Victoria’s Gustavson School of Business, says there are more opportunities to tip than ever before. Cafes and limited-service restaurants offer tipping options, as do so-called gig-economy services like Uber and Skip the Dishes. Even YouTube allows users to tip content creators.

As the opportunities for tipping increase, so does the pressure, however subtle, placed on customers.

“If the machine is pointed at us and we look at the [tip] options, we know that two seconds later the person providing the service is going to take a look and if we don’t tip it can be a bit awkward,” Grant said.

So how much do people tip? Grant estimates an average range of 15-20%, with Pek suggesting it could be slightly higher than that.

Why do we still tip?

The tipping culture persists despite its many shortcomings, says Pek. Leaving a portion of a worker’s compensation to the discretion of consumers rather than the business owner can lead to revenue volatility.

“There is a possibility of discrimination because certain groups of workers who work at roughly the same level may receive less tips than others,” he says.

Avery says tips at The Burrow are pooled and distributed to the entire team.

Calling tipping “confusing and problematic”, Avery says she would like to adopt a system similar to the one in Australia, which offers servers higher wages with the costs built into the price of food. Going against the grain of North American tipping culture, she says, may be too much for a small business like hers.

“I think it’s too risky as a business to be out of the stream, and then someone goes through your prices online and they’re like, ‘How can the burrito be so expensive? “”

On the coast10:40Cultural matters: to tip or not to tip?

Should you tip and how much should you tip? This is a recurring question on which Canadians are still divided. We discuss the evolution of tipping culture with Jackie Avery, co-owner of Vancouver restaurant The Burrow.