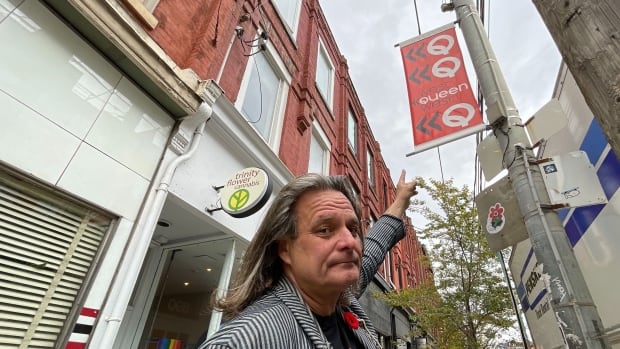 Some Queen Street West businesses hoping to emerge from the pandemic with updated storefronts have suffered an unexpected setback of $ 20,000 from the Toronto Transit Commission.

The eight businesses and building owners recently came together to hire a contractor and are ready to renovate and repair their row of facades near Trinity Bellwoods Park.

They have also been approved for a city grant that will cover half the cost of upgrades to masonry, lighting, signage, windows and doors, up to about $ 12,500, said Robert Sysak. , Executive Director of the West Queen West Business Improvement Area.

â€œIt helps the neighborhood to look great, to attract more people to the area,â€ he said.

The problem is the overhead electrical wires that feed the TTC streetcars and extend about two meters from the storefronts. After five months of conversations, Sysak said the transit agency had taken a tough stance, allowing only one company to do the job and estimating it would cost over $ 20,000 with no possibility of negotiation.

â€œThe TTC company doesn’t seem to care, honestly, because it’s basically saying, ‘Pay the bill or you’re on your own. “They don’t give you any other option. It’s so irritating and frustrating.”

The city said it is aware of the problem with the TTC wiring and hopes to find a solution.

TTC spokesperson Stuart Green said, “We have no control over the contractor costs that may be incurred” to adhere to safety precautions on construction sites.

The transportation agency has refused to follow what Hydro One has done in the area, turning its cables outward instead to give workers space to complete the construction safely without the companies incurring the cost. additional costs, Sysak said.

James Yurichuk is one of the business owners hoping to make improvements. He is modernizing the facade of his Wuxley store and repairing the exterior of the building, which has been chipped by animals and needs to be stabilized.

â€œIt’s going to be great too,â€ he said. “It’ll give him a little youth on the block.”

But he said it was unfair for the TTC to “drop” the additional costs of their project and that it made more sense for the agency to take responsibility for its own lines rather than hand the burden to independent companies who have a hard time staying afloat.

While he said his coat business had resisted COVID-19 closures, he saw many nearby stores close.

“It really looks like a retail graveyard over there.” .