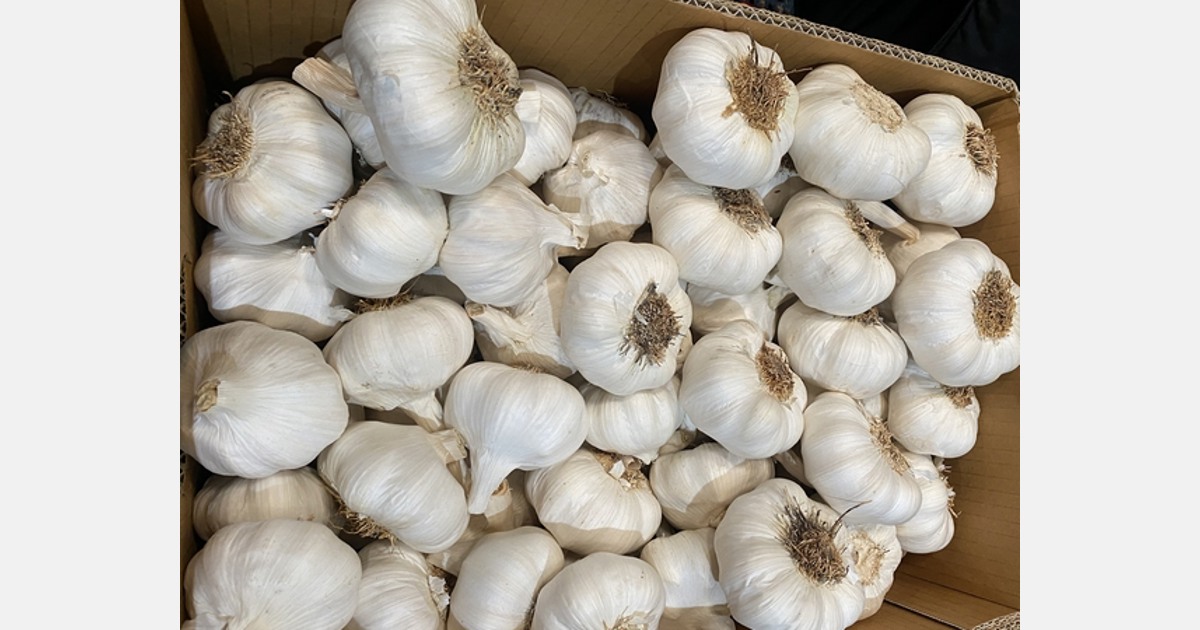 The Turkish garlic season has just started and garlic production in Turkey is increasing, says Kerem Baltu, Export Manager of Tumen Tarim. “The new Turkish garlic season has just started since the first week of May. This year, Turkey expects to have a total volume of 100,000 tons, which is higher than the production in recent years. As things stand, the production of garlic in Turkey is increasing every year. »

As production increases, export volumes are also expected to increase, says Kerem. Especially now that China is finding it more difficult to supply its usual markets. “The local market is really good for Turkish garlic, but we are also increasing our exports to Europe, the Middle East as well as Russia and Ukraine. Last season, the biggest problem turned out to be global transport. There was a critical shortage of containers and freight rates were very expensive. Currently, this has led to China having garlic supply issues, which is causing the overall demand for the product from the region to decline. This means that Turkey needs to increase its export regions and export volumes, which we hope for this season.

Kerem believes that the North American market could prove to be very important this year: “Last season, we managed to export test containers of garlic to the United States. Fortunately, our garlic production made a good first impression, so this season we would like to focus more on the US and Canadian markets. To succeed in these regions, we are looking for a strong partner in the United States and Canada.

“This season the weather was relatively cold, so the garlic sizes are slightly smaller than last year, but not that much. Overall, this will have no effect on supply capacity. We expect this season to be positive, with growing export volumes and the possibility of entering the United States and Canada with garlic. Hopefully we will find strong partners! Kerem concludes.